The US$473 billion pension fund CalPERS earned a net return of 21.3% in the latest fiscal year ending June 30, narrowly missing its benchmark return by 40 basis points. Yet, the bigger concern is its ongoing CIO vacancy at a time when its funded status - although improving - remains low.

CalPERS is the US’s largest institutional investor at state level, managing the retirement savings or nearly two million Californian public employees. It is a highly activist fund, that has made the news for dropping the hedge fund program altogether or creating a new private equity model with less external dependency and fees. It is one of the largest private equity investors with US$38.9 billion of investments.

In Global SWF's 2021 Governance, Sustainability and Resilience scoreboard, released earlier this month, CalPERS saw its overall GSR score cut by 4% to a still respectable 80% due to a cut in its sustainability score, although this was partly mitigated by an improvement in its governance score.

Although posting a robust return, the Californian fund has failed to appoint a CIO since the resignation of Ben Meng last August following the disclosure that he had invested in private equity managers which had previously worked for the pension fund.

Meng had also faced mounting criticism over his investment decisions, including borrowing against the fund’s assets to pour capital into private equity and private debt. He also made the decision to withdraw from a tail-risk hedging strategy that was designed to protect against a downturn in public markets just before the pandemic hit stocks, a decision that cost it around US$1 billion; Meng defended the decision, claiming the strategy was a financial burden (it cost 0.05% of total fund assets).

Born in China and previously holding the post of deputy CIO of China’s State Administration of Foreign Exchange, he was also subject to political suspicion and, at times, xenophobia over his national allegiances amid heightened US-China diplomatic tensions.

The hunt for a new CIO is being relaunched with the position now included in CalPERS' long-term incentive program with an appointment expected by the year-end.

The new CIO will face an array of challenges, not least the legacy of past decisions. CalPERS’s funded status is 82% based on a 7% assumed rate of return, and 80% based on the new 6.8% assumed rate of return under its risk mitigation policy. Due to expensive long-term care policies, the fund has warned that it needs to raise premiums to ensure their solvency with plans for rate increases that will raise premium costs by 90%. But the new CIO will be under pressure to improve performance.

The task of hiking premiums has already brought trouble to the pension fund. This week it agreed to pay up to US$2.7 billion to refund nearly 80,000 policyholders impacted by huge hikes in their premiums in the past to cover long-term care and inflation protection. The deal is still subject to judicial approval, which is expected next year. 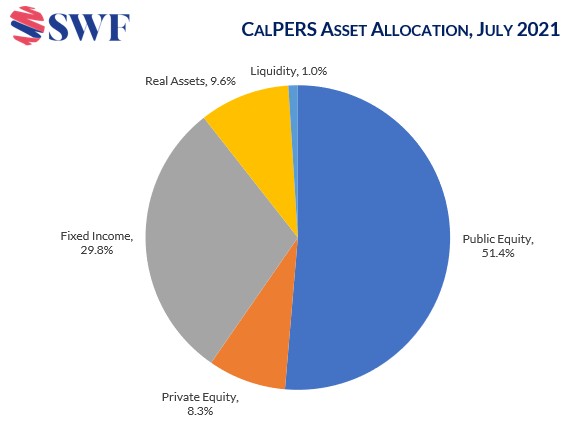