What does a Lula Victory Mean for Sovereign Investors in Brazil?

The front-runner in the Brazilian presidential election Lula da Silva looks set to take aim at the privatization of the country’s refineries, putting him on collision course with Abu Dhabi sovereign wealth fund Mubadala.

Infrastructure is dominant in the Brazilian portfolios of state-owned investors (SOIs), but there are tentative signs that they are seeking to diversify portfolios that are heavily oriented towards the Latin American country’s oil and gas industry. Latin America’s biggest economy has lagged behind other large emerging markets, such as China and India, in relation to SOI investment in venture capital, with a heavy orientation towards the oil and gas sector, which is increasingly unattractive to ESG-sensitive investors.

According to Reuters, the Socialist ex-president’s advisors have proposed renationalization of refineries or appointing directors. Mubadala bought the 333,000bpd Landulpho Alves Refinery (RLAM) in Mataripe in 2021 for US$1.8 billion, taking a large chunk of its estimated US$4 billion of direct investment in South America’s biggest economy. The Abu Dhabi fund has invested in renovation to raise capacity utilization from 70% to 100%. According to its head Oscar Fahlgren, Mubadala is ready to invested a further US$ 3 billion in Brazil.

Brazilian trade unions lodged legal challenges over Mubadala’s acquisition of RLAM claiming "possible damage to the public interest", arguing that the price was below the market value; they claim it is worth US$3.2-3.8 billion.

Lula’s campaign aims to expand and upgrade local refineries to achieve improved fuel self-sufficiency. The sale contracts of the refineries provide no margin for the government to appoint board members or otherwise influence management, according to Reuters’ sources.

Reuters noted that “previous governments led by Lula's Workers Party have adopted unorthodox economic policies, but have not breached contracts or threatened foreign investment in the country.”

The incumbent President Jair Bolsonaro is trailing former president and opposition candidate Lula by a significant margin in the polls, suggesting Lula will win the vote by a comfortable margin. Lula governed pragmatically in his first term, but his latest campaign is far more interventionist and aimed at Bolsonaro’s privatization program.

Mubadala is one of Brazil’s most active inward investors, focusing notably on distressed assets. In the past two years, in addition to RLAM, it has invested in Infrastructure (MetrôRio), Renewables (Renova) and Real Estate (Medical Campus), and raised US$ 322 million for country-specific fund BSOF I.

Mubadala first started looking at Brazil around 2010. However, its entrance was marred with costly problems. Soon after Mubadala’s multi-billion investment, Eike Batista’s empire (EBX Group) vanished into thin air and the investigation of “Lava Jato” prompted the country’s largest-ever corruption probe. However, Mubadala managed to fight and to turn around the portfolio, selling some of the assets including Hotel Gloria and Rock in Rio, and keeping some others, including part of Zamp’s stake and the executive tower that hosts them today in Leblon.

Mubadala has not been the only state-owned investor to get caught up in the controversies surrounding Brazil’s privatization program. In April 2021, the Canadian Union of Public Employees (CUPE) demanded the managers of the Canada Pension Plan (CPP Investments) scrap investment in Brazil’s water privatization program. CPP Investments had snapped up a 45% stake in Iguá Saneamento, a Brazilian private water and wastewater company, worth US$216 million.

Yet despite the turbulent political environment, SOIs are seeking to ramp up exposure to Latin America’s biggest market and not every transaction is marked by opposition. Canadian public pension fund Caisse de dépôt et placement du Québec (CDPQ) signed a joint venture deal with Telefónica Brasil and Telefónica Infra – subsidiaries of Spain’s Telefónica – in 2021 to create FiBrasil Infraestrutura e Fibra Ótica, which will develop a fiber-to-the-home network in Brazil. It will launch this project in medium-sized cities outside the state of São Paulo. The deal has been well-received in Brazil as it will contribute towards the development of telecommunications networks and could generate similar fiber deals in other Latin American countries.

In recent weeks, Votorantim and Singapore’s Temasek announced a strategic partnership to explore new investment opportunities in Brazilian growth capital. The partners will invest in a new investment fund, in which both parties have committed to invest up to US$700 million.

The political environment is likely to remain fractious even after the presidential election. Brazil also faces severe structural economic weaknesses: an ageing demographic; endemic corruption and weak domestic security; and the high cost of doing business due to high taxes and infrastructural and regulatory obstacles. As long-term investors, SWFs like Mubadala and the Canadian PPFs could play a significant role in addressing these problems, but there is popular resistance to policies intended to address these structural deficiencies and generate investment. 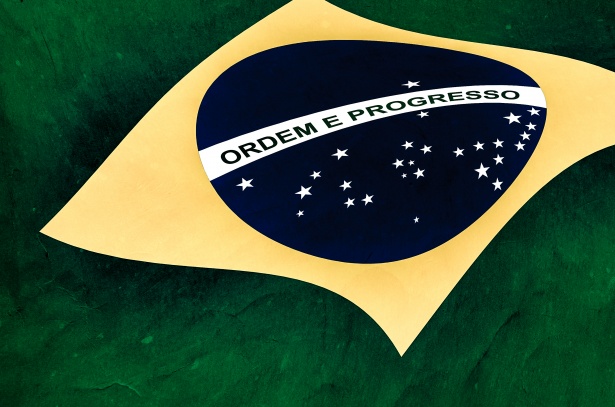