What do Québec and New South Wales have in common?

In 2018, several officials from the NSW Treasury travelled to Montreal to exchange ideas and to learn more about the Québec’s Generations Fund (QGF), a vehicle established in 2006 from water royalties with the objective of repaying the province’s debt. A few weeks later, they flew back to Sydney and helped establish the NSW Generations Fund (NGF), which was seeded with US$ 7.3 billion from reserves and sale of a 51% stake in motorway scheme WestConnex with the same idea of alleviating the debt levels of future generations.

Today, QGF is managed along with 41 other plans (predominantly pension plans) by CDPQ, which as we recently learned, is increasingly active in private markets. NGF has a similar size and is managed along with 12 other depositors (primarily investment trusts) by TCorp, in a slightly more conservative manner. 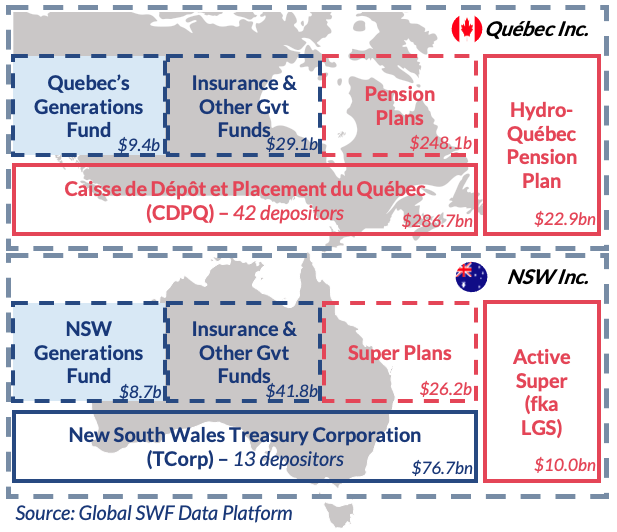 According to the NSW budget 2021-22, the NGF is expected to grow 7.5 times to US$ 65 billion in ten years. The government will finance such meteoric rise with 1.5% bonds, which compare to the fund’s target return of about 6.5%. Such arbitrage strategy seems to be increasingly sought by governments around the world, which are raising debt and equity in order to fund their SWFs – as we highlighted in our 2021 Annual Report.

Earlier today, Transurban announced that it would acquire the remaining 49% in WestConnex along with a group of State-Owned Investors including AustralianSuper, ADIA, CPP and CDPQ. The NSW Government expects to receive US$ 8 billion for the privatization, which will use to keep fueling NGF’s growth. So, in a way, NSW keeps benefitting from its relationship with Québec’s government, QGF and, ultimately, CDPQ.

In parallel, TCorp announced last Friday that it would internalize AMP Capital’s mandate to manage in-house some of its infrastructure assets including a South Australian ports group and a Melbourne toll road. Given the increasing flow of capital from depositors, the organization will need to grow in sophistication and personnel as signaled by the vacancies announced on its website. Sydney, anyone? 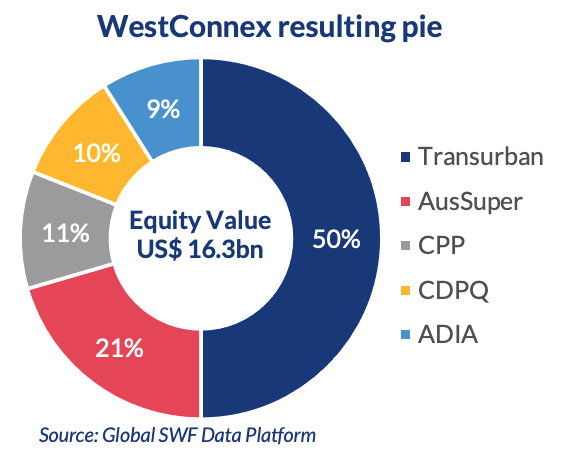