Investment in UK infrastructure has tended to be dominated by acquisitions of chunky stakes in existing airports and utilities. Recent years have seen state-owned investor (SOIs) interest collapse with a dearth of opportunities, uncertainties surrounding Brexit and better opportunities elsewhere. Yet, the British government’s bid to “build back better” from the economic crisis sparked by the pandemic has prompted it to adopt ambitious targets for carbon reduction that will entice SOIs to participate in an expected surge of renewables projects.

Renewables hit several sweet spots for long-term investors with lots of capital to deploy: they are revenue-generating real assets with potential for growth in value and scale and they fit neatly into environmental sustainability goals.

In recent years, emerging markets have received significant attention as they utilize renewables in the growth of their power generation, but while there are potential high rewards on offer there are also significant operational risks. In developed markets like the UK, opportunities are largely in energy transition.

SOI interest in UK infrastructure has focused on industries associated with high carbon emissions, such as investment in existing pipeline networks and airports. Opportunities to invest at the start of an infrastructure project are few and far between, although green infrastructure is increasingly getting into its stride.

This month, the UK set out its target to reduce carbon emissions by 78% of 1990 levels by 2035, ahead of the net zero emissions targets by 2050. The aggressive climate action, backed by a consensus of political parties, will drive the decarbonization of the power sector with non-hydro generation set to take off. The target puts rocket boosters under the National Infrastructure Strategy unveiled in November 2020.

SOIs are on the hunt for co-investors, including operators, as well as funneling money into green infra funds. They are also seeking exposure to cleaner energy through venture capital in pioneering tech and industrial firms involved in a range of segments, including improved battery efficiency, AI applications in power networks and improved engineering and materials. 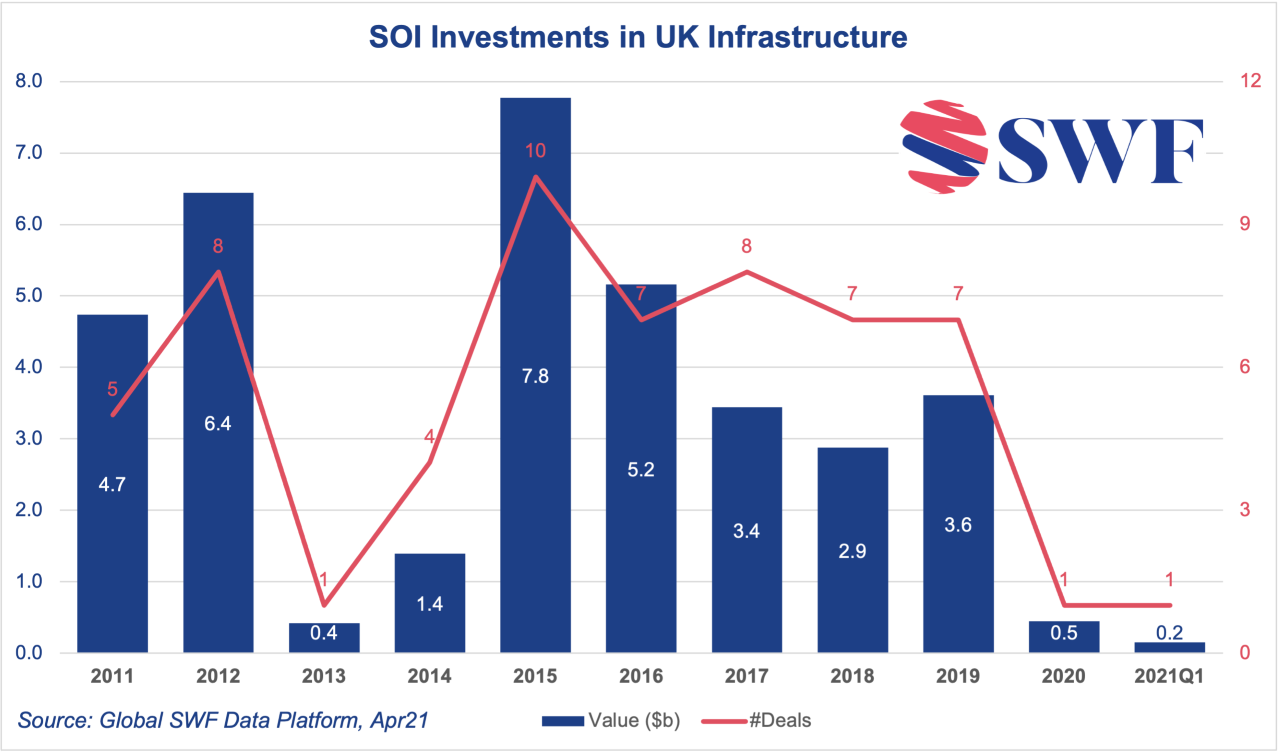 Who are likely to be the main investors in the UK's drive towards energy transition? 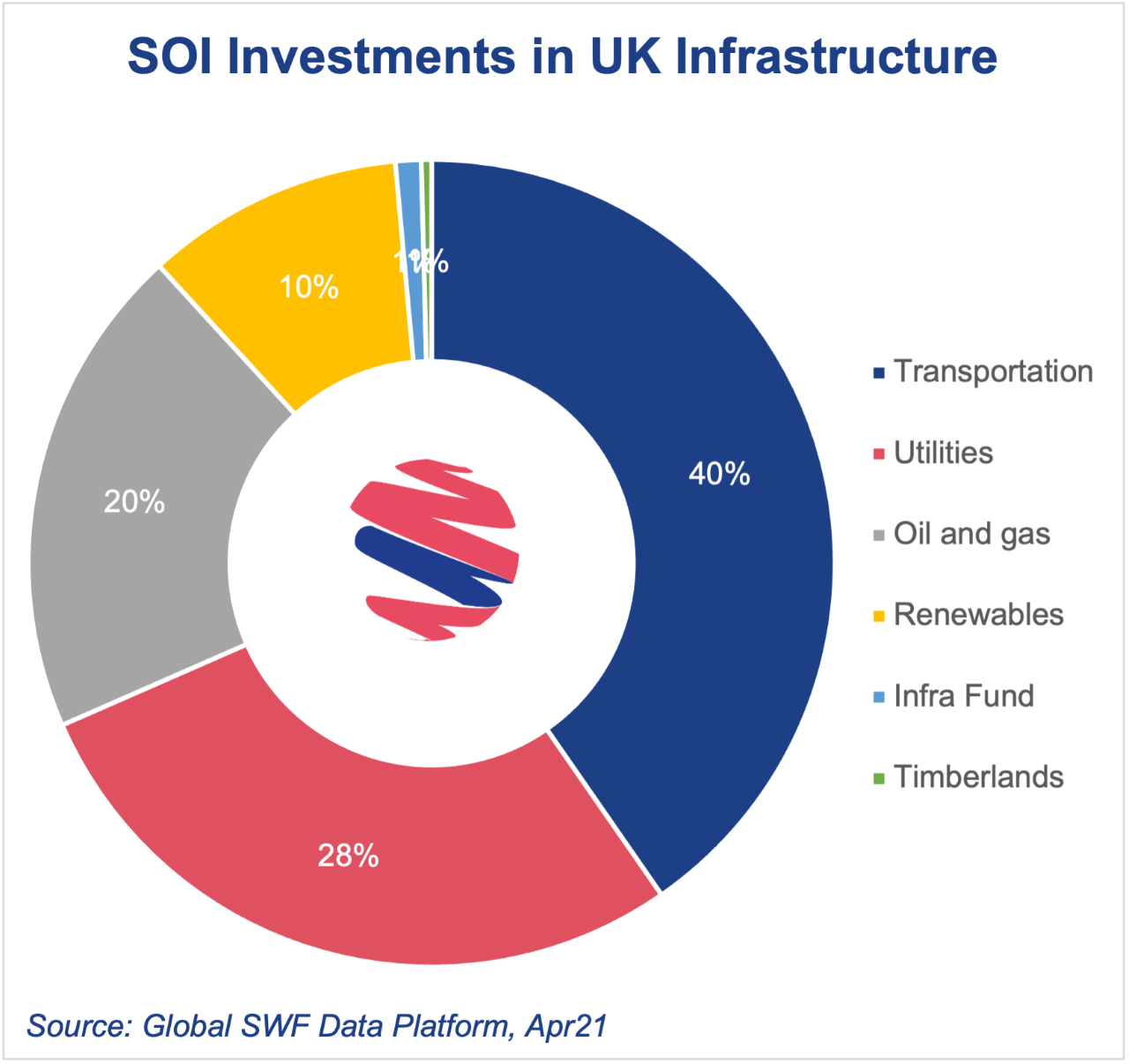