It is easy to forget that the UAE has a federal fund, given the high profile of their SWFs at emirate level. Luckily, its Board of Directors, led by Sheikh Mansour, reminded us of its importance last night. In his speech, the Deputy Minister of the UAE announced a new strategy for the Emirates Investment Authority (EIA), “Fifty Principles”, that aligns with the country’s development over the next fifty years.

The new strategy sets the bold objective of doubling EIA’s assets over the next ten years. But what is the actual size of EIA’s assets today? The AuM of the fund is one of the UAE’s most guarded secrets, along with ADIA’s size. One thing is certain – it has increased significantly in the past year and a half, driven by the rally in value of its most important holding, Etisalat.

Etisalat is only a part of EIA’s “Strategic Assets” Portfolio, along with 40% of du (Dubai-based carrier) and significant stakes in Emirates Transport, Emirates Post, and other federal assets. Additionally, the SWF manages an “Asset Management” portfolio of domestic and international bonds, equities, and alternatives – mostly managed by external managers.

Global SWF estimates that the value of EIA’s total portfolio has risen to US$ 86.4 billion today, boosted by the value of Etisalat and du, with around two thirds of the portfolio in public equities, based on the Asset Management’s allocation limit framework. The vision of Sheikh Mansour would take it to well over US$ 150 billion by 2030, presumably by increasing the weight of alternatives and the associated investment returns.

EIA is not alone in its desire to double in size by 2030. At the beginning of the year, Mubadala predicted that it will double its AuM to nearly half a trillion dollars in the next decade. The ten SWFs operating out of the United Arab Emirates manage over US$ 1.6 trillion in assets today. Will we see this figure increasing to US$ 3 trillion by the time Abu Dhabi Economic Vision 2030 is completed? 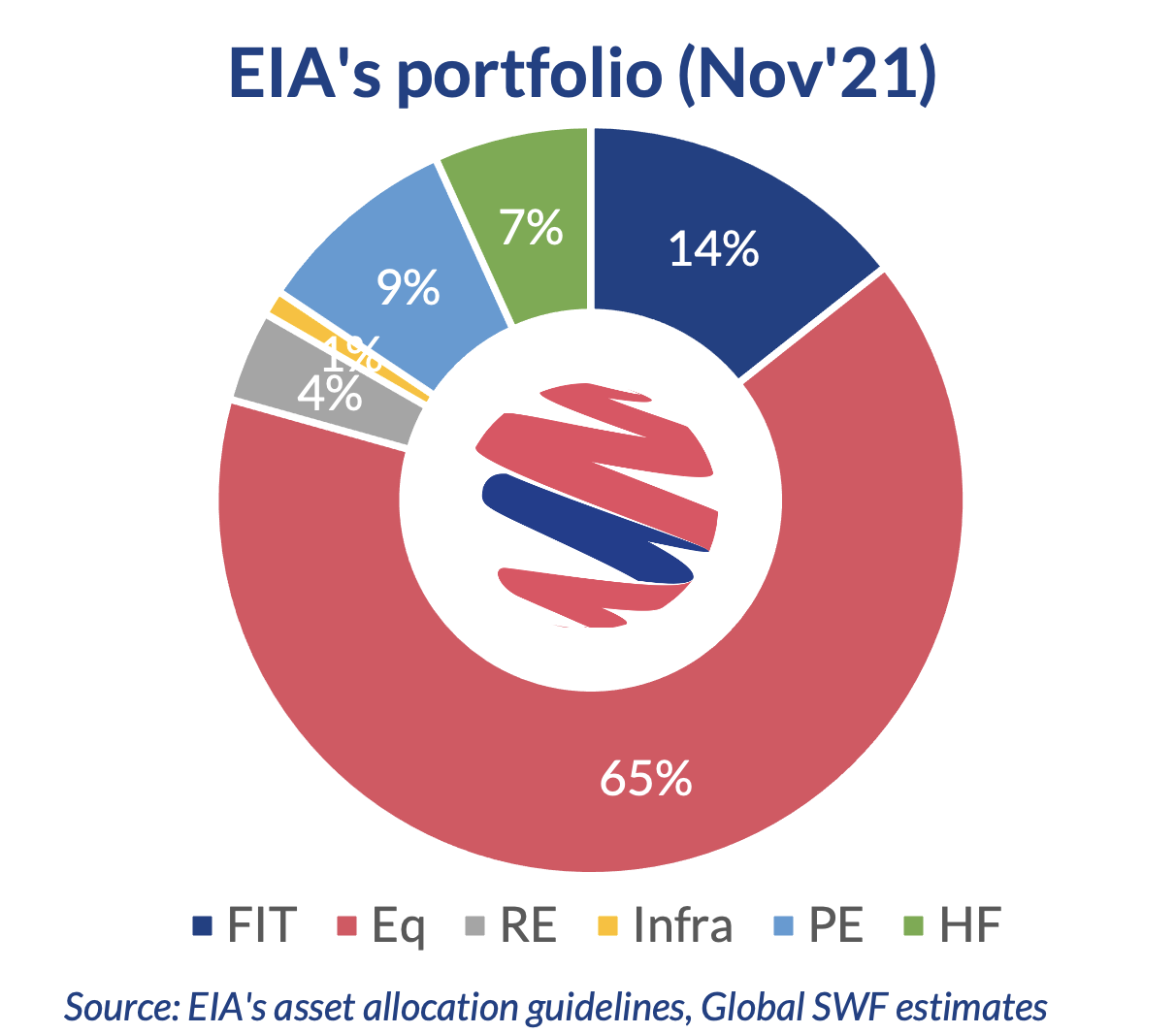