Temasek and OTPP Are Chief Losers From Crypto’s Reputational Crash

The collapse of crypto group FTX is sending ripples across the financial sector and has impacted most on Singapore’s state-owned investor Temasek, raising questions around due diligence and regulation.

State-owned investors have been caught up in the flurry of interest in crypto amid high levels of liquidity and the push to diversify portfolios. Crypto mining rapidly expanded in 2021 as bitcoin value increased more than fourfold. With the cryptocurrency market surpassing US$3 trillion by the end of 2021, venture capital investors were looking to put down stakes in the industry. However, a plunge in crypto values, rising energy costs and increased competition have undermined the profitability of bitcoin mining, while questions are being raised over the adequacy of due diligence by investors – particularly state-owned investors.

Temasek sought to explain away its investment in Sam Bankman-Fried’s US$32 billion crypto exchange, claiming it was investing not in cryptocurrency, but instead the underlying blockchain technology, adding “we currently have no direct exposure in cryptocurrencies.” It invested US$210 million for a minority stake of around 1% in FTX International, and invested another US$65 million for a 1.5% stake in FTX US, across two funding rounds from October 2021 to January 2022.

OTPP, which joined Temasek in the US$400 million Series A fundraise by FTX US in January, also downplayed the impact, insisting in a press release, “Our investment represented less than 0.05% of our total net assets and equated to ownership of 0.4% and 0.5% of FTX International and FTX.US, respectively.”

FTX is not the only headache for state-owned investors involved in the Wild West of the financial sector. Canadian public pension fund CDPQ’s experience with US crypto bank Celsius Network demonstrates the inherently risk of investing in the sector. Last October, CDPQ and US investment fund WestCap Investment Partners LLC co-led a US$400 million for the crypto bank with the Québecois fund stumping up US$150 million. The decision proved to be a disaster with Celsius Network declared bankrupt. In mid-June, Celsius responded to mass withdrawals by freezing funds it held, closing access of savers and traders to their money. In July, the bank filed for Chapter 11 bankruptcy with a deficit of nearly US$1.2 billion, in what is regarded as cryptocurrency’s Lehman Brothers’ moment. Celsius was put under investigation by US state regulators for selling products that were in violation of state laws.

The decline of the cryptocurrency market negatively affected many of the leading exchange platforms, which have seen their values fall as crypto currencies crash in value. Investors have continued to channel funding into crypto infrastructure, non-fungible tokens, decentralized finance and other web3 startups.

Temasek has led sovereign investment in this universe and has the most to lose, despite the spurious notion that its funding spree is not exposing it to crypto currency volatility. In July, its subsidiary Superscrypt participated in a US$150 million fundraising round for Aptos Labs, a Layer-1 blockchain developed by former programmers behind Meta’s failed Diem crypto project. Last April, Temasek teamed up with DBS and JPMorgan to create a new company, Partior, to tackle cross-border payments using blockchain technology – which provides decentralized ledgers of transactions across a peer-to-peer network, without a need for a central clearing authority - to assist central bank digital currency pilots. Partior was developed through a program with the Monetary Authority of Singapore (MAS), born out of its blockchain unit Onyx under Project Ubin.

Yet, the issue raises questions not just about high-risk exposures, but also due diligence. While FTX failed to keep proper books, records or security controls for the digital assets it held for customers, according to John Ray III, who was appointed to run the FTX bankruptcy.

In a Twitter thread this week, Mubadala’s head of ventures Ibrahim Ajami said, “It’s a wake-up call for the venture capital industry and for regulators globally – we need to conduct real DD, there needs to be clear systematic change in how companies are governed, we need constructive regulatory frameworks for crypto in all jurisdictions. The technology is too powerful to go away.”

Indeed, the fact that Temasek, CDPQ and OTPP have faced setbacks with FTX and Coinbase this year, which could have been averted, reveals a surprising lack of sufficient due diligence for erstwhile conservative investors. In the case of Coinbase, Celsius encouraged savers with high interest rates, which required it to make high-risk investments to cover interest payments – resulting in losses. A report by the Financial Times revealed a leaked document from Celsius’ legal compliance team which warned management in February 2021 that “The company may be inflating its representations of AUM and driving up stock price/token price using false financial information. Celsius may face increased scrutiny from regulators for lack of controls and lack of governance.”

Roubini went further in his criticism, stating that Binance should not have a license to operate in the UAE, given action against it in the UK and investigations in the US for money laundering. All this raises the crucial question: will the sovereign investor universe continue to pump hundreds of millions into the crypto sector – including its infrastructure – which Roubini has dubbed “the mother of all Ponzi schemes”? 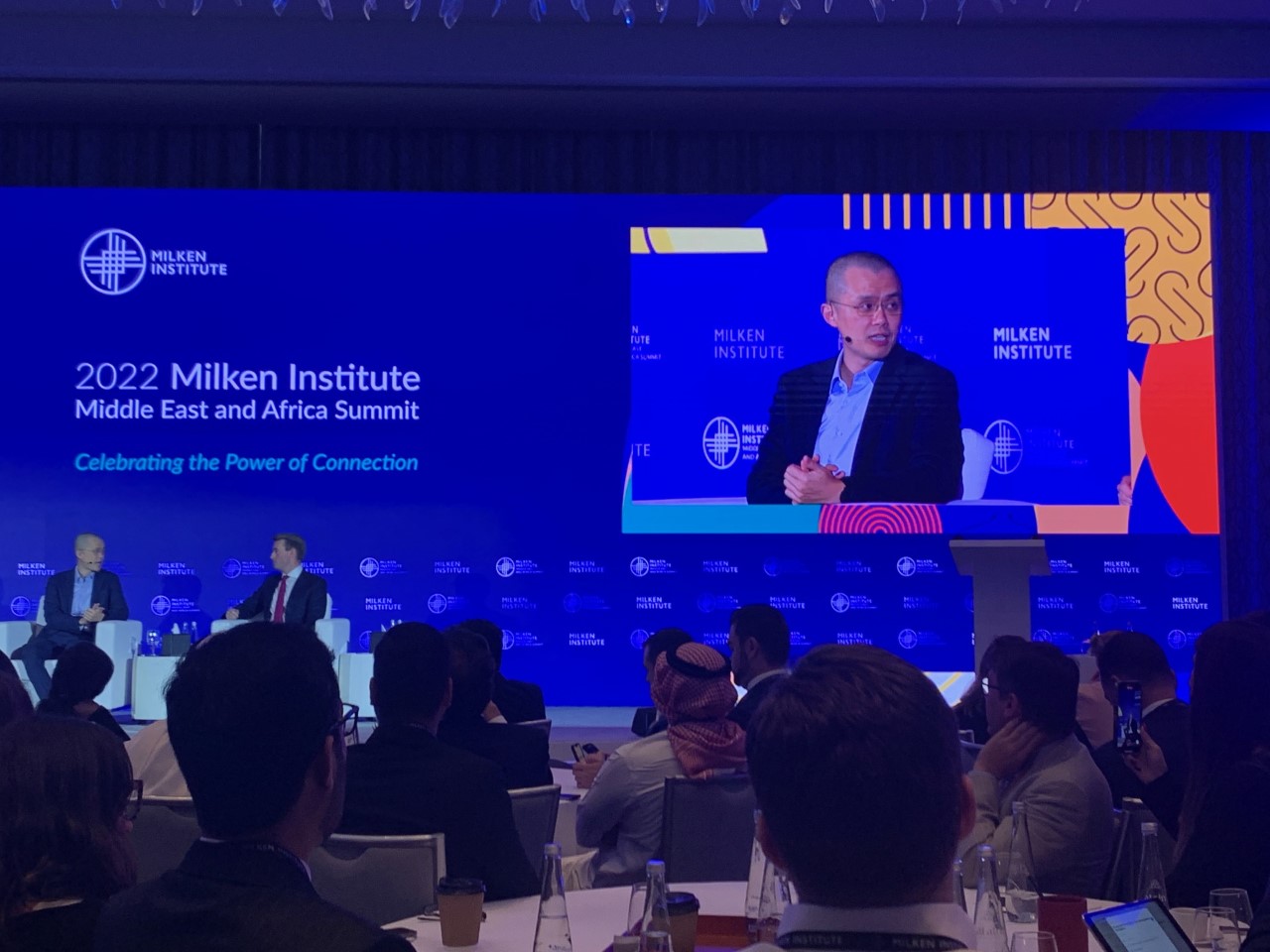