The Qatar Investment Authority (QIA), Norway’s Norges Bank, and Abu Dhabi’s ADQ are joining with institutional investor T. Rowe Price as key cornerstone investors in the EUR9.4 billion IPO of Porsche AG, together committing up to EUR3.7 billion - signalling that SWFs' interest in the automotive industry continues to grow.

German automotive group Volkswagen’s listing of its sports car manufacturing affiliate, at a value of EUR70-75 billion, could be Europe’s biggest listing in many years – despite a market thrown into turmoil by the impact of the Russian invasion of Ukraine, which led to IPO activity drying up. However, the valuation is at least EUR10 billion of VW’s initial expectations, due to soaring inflation and resulting hikes in interest rates by central banks hitting public equities. Trading is set to start on September 29.

Sovereign funds already have significant interests in the global carmaking industry – and their influence is growing as Gulf SWFs in particular seek to increase exposure in luxury and sports car segments as well as investment in electric vehicle development.

QIA is currently Volkswagen’s biggest single shareholder, with a 15.5% stake worth EUR4.74 billion – and retaining a sizeable stake in the carmaker since 2009. The Qatari fund has also broadened its exposure, with a US$300 million investment in Chinese electric vehicle manufacturer Xpeng Motors in July 2020. Abu Dhabi’s Mubadala also participated in Xpeng’s pre-IPO fund-raise in August 2020.

Saudi Arabia’s Public Investment Fund (PIF) became the second-largest shareholder in Aston Martin Lagonda in July with a 16.7% stake. It made an initial GBP78 million investment in the luxury automotive company as part of a GBP653 million fund-raising by the struggling carmaker to reduce its GBP957 million debt burden and assist with its return to Formula 1. PIF beat off competition from a rival bid led by China’s Geely, which would have seen it wrest control of the carmaker in a GBP1.3 billion transaction.

The Aston Martin deal came a year after PIF participated in a GBP550 million equity raise by the British supercar manufacturer McLaren, which was badly hit by the pandemic. Bahrain's sovereign wealth fund, Mumtalakat, which has a 60% stake in McLaren, expects it to go public in two to three years, the fund's chief executive Khalid Al Rumaihi told Reuters in July. 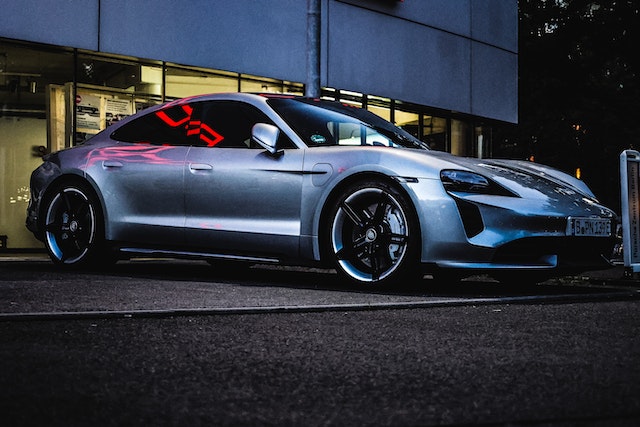 The Future: SWF Investment in Electric and Autonomous Vehicles

The investments in luxury and sports car manufacturers are being made not for prestige, but with an eye on the future of motoring. Gulf funds are making their mark in the development and production of electric and autonomous motoring, where premium carmakers are channelling their energies as they follow the energy transition.

PIF has reaped rewards from its US$1 billion investment in Tesla rival Lucid, whose IPO last year helped triple the value of US stocks held by the Saudi fund. By the end of Q2 2022, PIF’s stake in Lucid was worth around US$17.5 billion, having slumped in value over the first half of the year as it faced a supply crunch that undermined its 2022 production target.

The development of the electric vehicle sector has spurred SWFs to deploy venture capital into startups involved in crucial enhancements. Autonomous vehicle development is one particular cutting edge sector that has focused attention. Altogether, state-owned investors have deployed more than US$3.5 billion of capital into autonomous transportation solutions, from robotaxis to food delivery.

The SoftBank Vision Fund (SVF) – backed by PIF and Mubadala – has served as the heavyweight investor in the sector. In 2018, the tech venture capital juggernaut invested US$2.25 billion for a 19.6% stake in GM’s self-driving car unit Cruise, based in San Francisco where it was operating 70 driverless EVs by mid-2022 and plans to double or triple the number by the end of the year; it is also planning to extend the service into Phoenix, Arizona, and Austin, Texas.In March 2019, SVF went on to invest US$940 million in autonomous delivery startup Nuro, which aims to deliver freshly cooked food to people’s homes. Last week, Uber Technologies and Nuro announced a multi-year partnership to use Nuro's autonomous, electric vehicles for food deliveries in the US.

Not to be outdone, Mubadala and Canadian public pension fund CPP were part of a consortium that invested US$2.25 billion in 2020. Its self-driving ride-hailing service, called Waymo One, serves thousands of customers in Arizona and has provided “thousands of fully driver-less rides in a high-speed mixed usage market area larger than San Francisco." The firm intends to further develop AI in the transformation of mobility and transportation as its scales up its business, in partnership with Volvo.

Meanwhile, Singapore’s state-owned investor Temasek has sought to play a central role in the development of hydrogen as the world’s next big "clean" energy source, as an alternative to electric vehicles as well as powering shipping and aviation. Last July, a subsidiary of the Singaporean state-owned investor - Venezio Investments - announced a non-binding deal for a joint venture deal with Nanofilm Technologies to create Sydrogen Energy, which will market parts used in the production of fuel cells and electrolyser systems in hydrogen production. Nanofilm claims that its solutions can drastically cut the cost and improve the durability of technology that is necessary for the development of the hydrogen economy.

Temasek is not the only SOI focusing on the development of hydrogen as the next big play. The Abu Dhabi Hydrogen Alliance has brought together Mubadala, ADQ and national oil company ADNOC to “establish Abu Dhabi as a trusted leader of low-carbon green and blue hydrogen in emerging international markets.” The alliance is seeking to extend the use of hydrogen as an energy source in utilities, transportation and industry.