India has tended to steal the show when it comes to state-owned investors, but a subsidiary of the Kuwait Investment Authority (KIA) has turned its attention to neighbouring Pakistan in a US$750 million agreement to drive its economic development, with renewables at the heart of its strategy.

Established in 1979, PKIC aims to finance industrial activity through equity and debt investment in infrastructure and industrial activity. The joint venture’s assets totalled PKR42.1 billion (US$224 million) at the end of FY2022, making it the largest development financial institution in Pakistan.

PKIC has played a pivotal role in promoting industrial activity through equity and debt investments and has been accredited with many successful investments, including the establishment of Meezan Bank Limited and Al Meezan Investments, in which it has a 30% stake. PKIC previously collaborated with Meezan Bank to design a sukuk to finance a 61km water pipeline to deliver water to coal plants, being developed by Enertech in Thar in Sindh province.

Pakistan has announced a new policy to increase the share of renewables to 20% by 2025 and 30% by 2030 in terms of installed capacity. This is expected to be driven by wind and solar power expansion, with investments largely coming from the private sector. Furthermore, the target for the share of hydropower is also set to be 30%. At present, Pakistan’s non-hydro renewables only accounted for approximately 8% of its total capacity by 2021.

Kuwaiti sovereign capital could be transformative. Enertech specializes in the water, waste management, clean technology, recycling, energy and renewable energy sectors. It currently has a renewable energy portfolio of more than 25GW of generation capacity and more than 25 water projects in nine countries across Africa and Asia.

Founded eight years ago, EnerTech has a mandate to invest and develop technologies in the clean tech sector, and transfer these technologies to Kuwait and the region. In March, the provincial government of Khyber Pakhtunkhwa signed an agreement with EnerTech to develop green hydrogen plants. It will convert two hydropower projects being developed by the Pakhtunkhwa Energy Development Organisation (Pedo) to produce green hydrogen for power generation and green ammonia for fertilizer. The project will produce approximately 1.8 million tonnes of green hydrogen and up to 10 million tonnes of green ammonia annually. 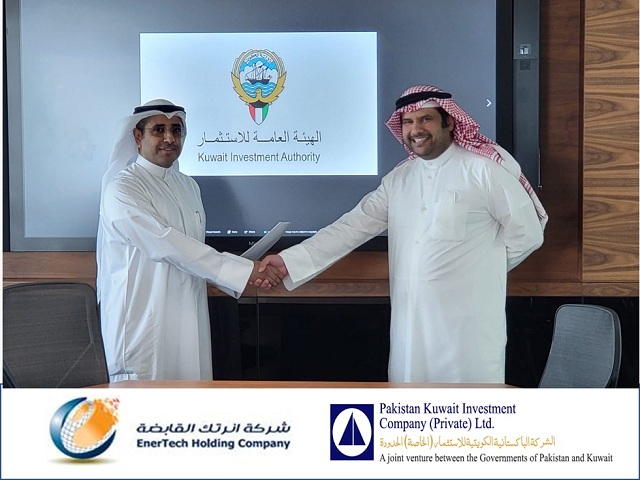