Softbank reports its biggest quarterly loss, but it is not all bad news for PIF and Mubadala

The Softbank Group, founded and chaired by billionaire Masayoshi Son, announced its result for the quarter ended June 30, 2022 last night. The group, which includes the Vision Funds, a 25% stake in Chinese giant Alibaba, and  other significant investments, reported an operating loss of US$ 24.5 billion, due to the global markets turmoil and to the rapid fall of the yen against the dollar.

The Vision Funds segment includes Vision Fund 1, which was the largest technology fund ever raised at US$ 98.6 billion (of which US$ 45 billion came from Saudi’s PIF and US$ 15 billion from UAE’s Mubadala); Vision Fund 2, which closed at US$ 56 billion mostly from within the group; and SBLA Latin America Fund, which invests US$ 7.6 billion from Mexico and Sao Paulo. The segment has been growing to represent around 50% of the group in terms of NAV, due to the decline in value of Alibaba’s stake.

PIF and Mubadala represent 60% of all the capital committed and invested by SVF1 and one would think that they have lost a lot of money. However, drilling down into the numbers tells us otherwise: SVF1 invested in 98 different companies until September 2019 – of those, it has already exited 18 of them, generating a realized gain of US$ 17.9 billion – that is, US$ 8.1 billion for PIF and US$ 2.7 billion for Mubadala. Gaming company Nvidia and oncology company GuardantHealth were especially profitable.

Of the remaining 80 assets in SVF1’s portfolio, the 57 private companies are valued at US$ 6.5 billion more than the investment cost. It is only the remaining 23 public entities that are driving the valuation down US$ 8.3 billion. Four companies have been particularly affected: riding companies Didi (China) and Grab (SE Asia), WeWork and View, which NZ Super is an investor in, too. Those are unrealized losses, and unlikely to materialize any time soon, as SVF1’s life extends to November 2029.

While the challenges in the alignment of the Vision Fund and Sovereign Wealth Funds were made obvious during the fundraising process for SVF2, which had to be committed internally only, SVF1 has not been a total disaster for its LPs - just yet. At the end of the day, Masayoshi-san survived the dotcom bubble after a US$ 75 billion loss, and he can likely surf this wave, too. 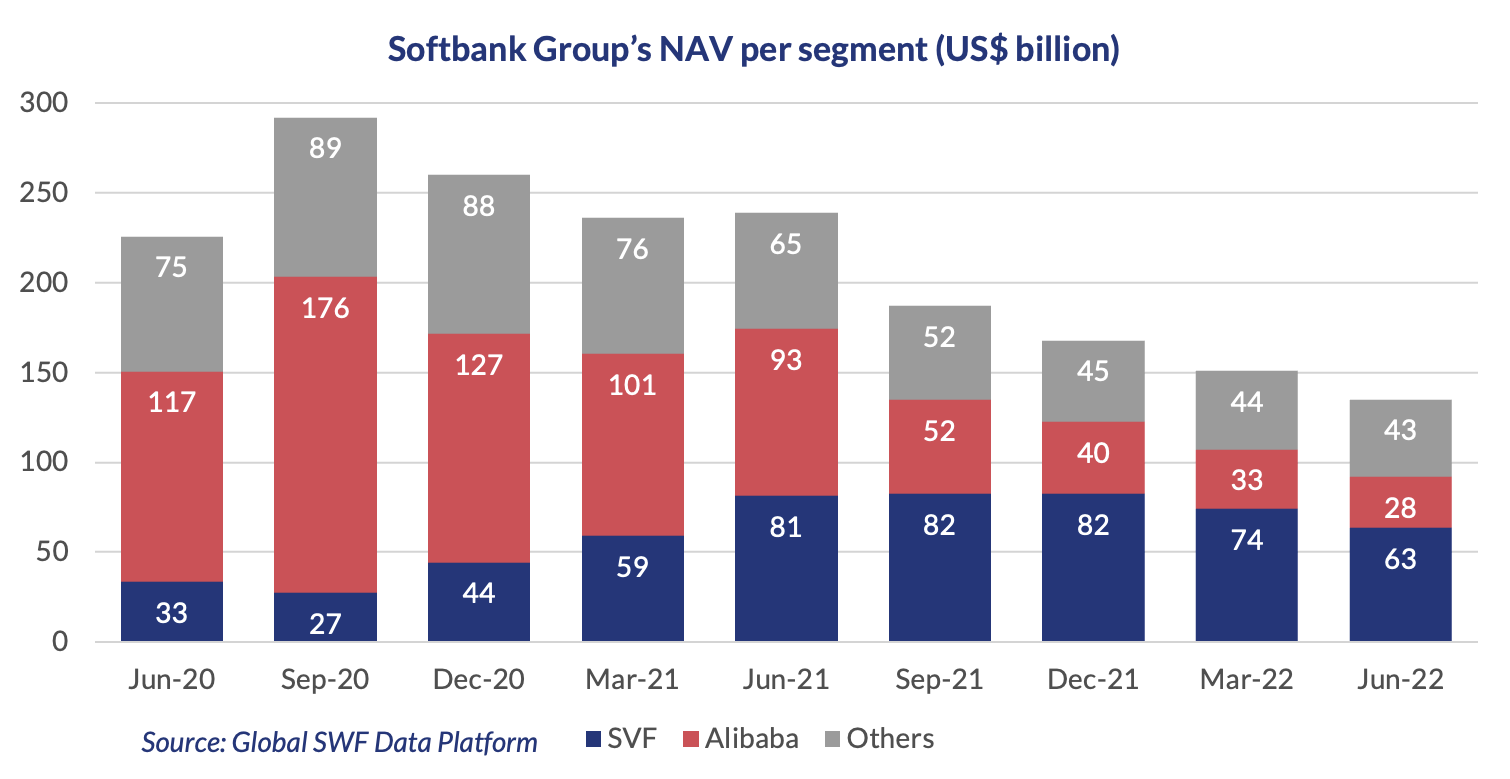