The Alberta Investment Management Corp (AIMCo) has chosen Singapore over Hong Kong as its Asian base of operations, following a trend that has seen the sovereign city state preferred over the restive Chinese territory.

The fund manager will use Singapore to advance its private equity strategy in Asia, including Australia and New Zealand. At present, just 2% of its private portfolio and 7% of its infrastructure investment is in Asian markets. In February, it backed a consortium led by Canada’s Brookfield Asset Management led the consortium, which also included Healthcare of Ontario Pension Plan (HOOPP), Investment Management Corporation of Ontario (IMCO) and PSP Investments as well as Australia’s Sunsuper Superannuation Fund to acquire Australia’s AusNet electricity network in a US$7.7 billion deal.

AIMCo’s operations in Singapore will bring the number sovereign wealth funds and public pension funds operating in the island nation to nine with total personnel exceeding 200 – excluding the country’s native funds. The numbers are similar to Hong Kong, which also hosts nine overseas offices with around 250 personnel. With stability and economic diversification, Singapore has caught up with Hong Kong as the Special Administrative Region has witnessed civil unrest and increased regulatory pressure from Beijing.

In mainland China, financial center Shanghai has the slight edge over Beijing with seven and six offices, respectively with heavily China-exposed Singaporean investors GIC and Temasek leading in terms of headcount. In 2020, the Dutch pension fund manager APG opened offices in both cities; it retains significant operations in Hong Kong, but has so far avoided setting up shop in Singapore. 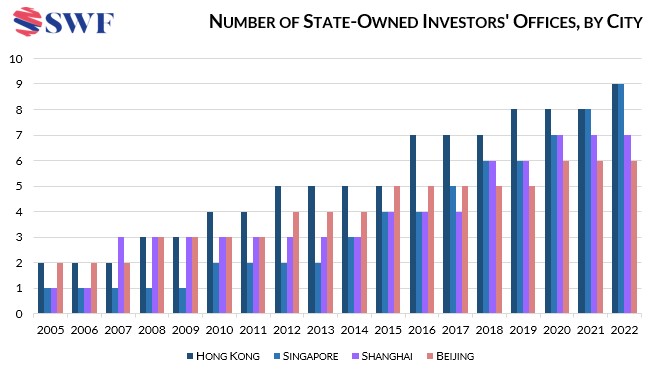 As a city state that is used to punching above its weight, Singapore outshines not only Hong Kong but most of the world in terms of tertiary education systems that are rated as best placed to deliver to the needs of employers, according to the World Economic Forum. It ranks joint second with Finland, behind Switzerland, in the WEF's latest survey. The strength of human resources has helped stimulate its entrepreneurial culture and attracted offices and personnel away from Hong Kong, which endured turmoil in 2020 as protesters staged mass demonstrations against increased intervention from Beijing.  According to the WEF, Hong Kong’s economy lags most in innovation with businesses highlighting capacity to innovate “their biggest concern.”

One major advantage on Singapore’s side is the role of its own state holding company Temasek in economic diversification and resilience-building. Temasek is planning to pour S$1 billion per year (US$740 million) into deep-tech innovation in Singapore, in addition to the government’s S$25 billion (US$18.5 billion) Enterprise 2025 plan for tech development. Investment will cover life sciences, foodtech and advanced manufacturing. The move is intended to position Singapore as a global hub for tech and innovation, in a similar way as it has reinvented itself in the past in shipping, oil refining, petrochemicals and manufacturing. The support for innovation makes Singapore itself an investment destination, as well as being a hub for regional operations, which secures additional interest from state-owned investors. 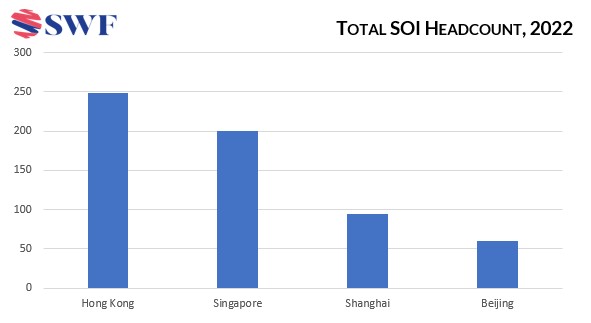