Canada’s second largest public pension fund, OMERS, is acquiring a major Australian portfolio of mobile towers from TPG in a deal worth A$950 million (US$660 million), marking its first foray into the Asia-Pacific digital infrastructure sector.

OMERS Infrastructure, the Ontario fund’s infrastructure arm, will gain over 1,230 tower sides in metro areas, making it Australia’s biggest independent tower company. Under the deal, TPG signed a 20-year contract to use Tower Assets with the option to extend.

The acquisition is OMERS Infrastructure’s third major investment in digital infrastructure, following investments in Germany’s Deutsche Glasfaser in 2020 and France’s XP Fibre in 2019.

Towers Assets brings OMERS’s total infrastructure investment in Australia to US$4.2 billion, including stakes in the Port of Melbourne, Transgrid and renewables developer FRV Australia. The fund also has US$3.6 billion of real estate investments in the country, largely in the office market in key metros. 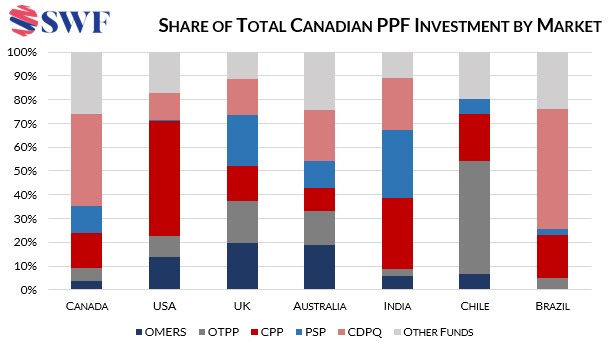 Canadian funds have represented a third of total sovereign capital invested in the country since January 2016 – including Australia’s own public pension funds and sovereign wealth funds, which have a combined AUM of US$1.2 trillion. They are also the funds that have established offices in Australia’s financial capital Sydney, beginning with OPTrust in 2013 with OMERS, CDPQ and CPP entering in each subsequent year. In 2021, CPP, CDPQ, OMERS and OTPP each invested over US$ 2 billion in Australia.

Canada Inc is a weighty force in global markets with combined AUM of US$1.6 trillion, of which more than 12% is devoted to infrastructure alone. The Towers Assets brings total Canadian infrastructure holdings to approximately US$174 billion. What’s more, there are plans by some to ramp up their investments in utilities, roads, renewables, transportation and pipelines, potentially pumping tens of billions more into global infrastructure in coming years.

The Australian deals illustrate the strategy of Canadian PPFs to co-invest, drawing together their expertise and pooling capital for the benefit of Canadian savers. Yet, allocations to infrastructure vary across the funds, ranging from 1% for HOOPP to 20% for OMERS.

Global SWF’s 2022 annual report notes that Australia's energy and utilities infrastructure network is mature, but there are opportunities for growth, particularly in the fast-growing renewable energy segment. The country is expected to gradually phase out coal-fired thermal electricity generation in favor of renewables, with wind and solar power leading growth. Improvements in transmission and distribution infrastructure and battery storage capacity will also feature prominently in the infrastructure growth story. The pressure is on to improve electricity grid infrastructure to support the rise of electric vehicles, among other new household electricity requirements.