One of the world’s largest pension schemes, South Korea’s National Pension Service (NPS), released on Monday its latest results and the numbers are worrisome. In the first half of 2022, the investment manager had an investment return of -8.0%, translating into a loss of US$ 57 billion for South Korean pensioners.

This result is slightly better than the world’s average of -8.7%, according to Global SWF’s Return Tracker. Yet, the Korean pension fund performed worse than its regional stablemate Japan’s GPIF, -3.0%, in every major asset class during the first six months of the year:

The reasons for such differences in foreign securities are unclear but could be partly explained by the Japanese yen and the Korean won depreciating to the USD at a different pace during the analyzed period. The investment style of both organizations is also quite different, with NPS aiming at doubling its headcount to 500, while GPIF is sticking to little over 100 staff and several external managers. The former has been struggling with talent attraction and retention since it moved its headquarters 200 km South of Seoul.

There is a silver lining for the Korean manager though, as it could finally reach a 15% weight in alternatives, a target set for the end of 2026. This was caused by the significant sellout of Korean stocks last year, which did not sit well with retail investors as well as the drop in value of their fixed income and public equities portfolios during the first half of 2022.

In any case, the situation in 2022 may be temporary, and NPS should demonstrate in the medium term that, when the tides turn, it can outperform its peers while keeping the alternative assets at the 15% threshold. The new CIO that will replace Ahn Hyo-joon in October 2022 surely has a herculean task ahead. 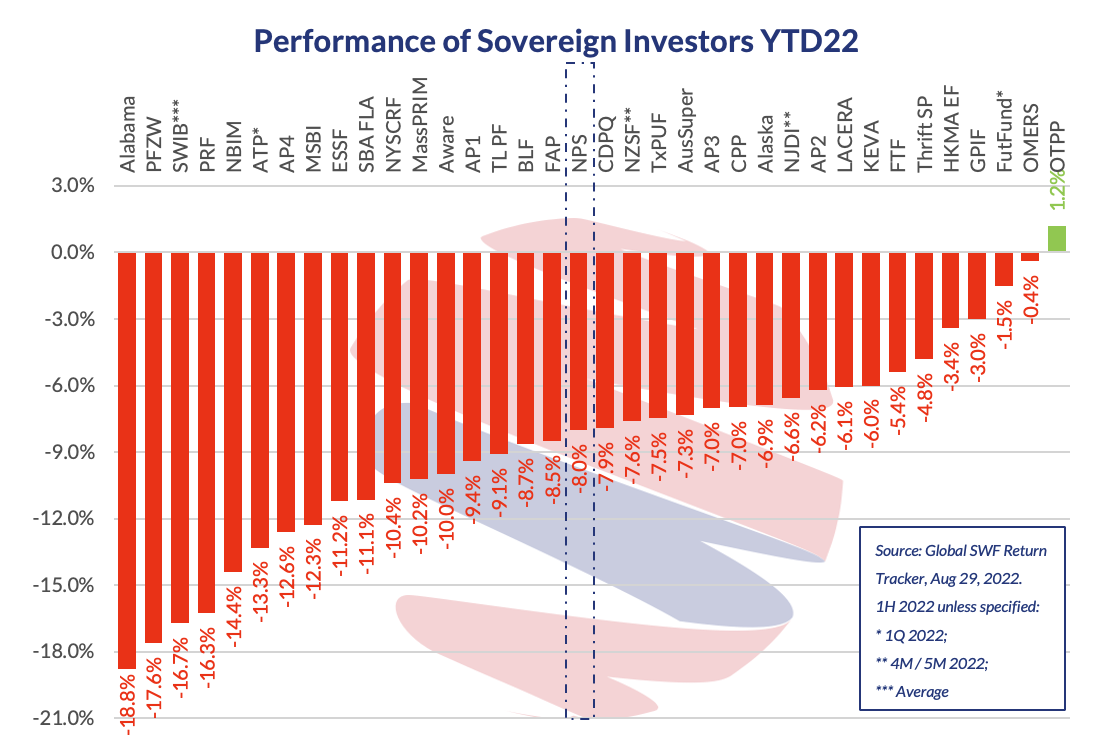