Abu Dhabi sovereign wealth fund Mubadala has received a US$2.6 billion liquidity boost following the IPO of GlobalFoundaries on the NYSE this week, giving it cash to pour into its aggressive venture capital strategy.

Earlier in the year, the chipmaker had been tipped for an offering with a value of around US$20 billion, but by Thursday it was trading with a market value at US$25 billion. The IPO was the third biggest in the US so far this year, after Coupang and DiDi Global, but excluding SPACs. The SWF still retains 89% of the company’s shares, which at current valuations equates to

In common with other sovereign wealth funds, Mubadala is revamping its structure and seeking to become more nimble in grasping opportunities as it sets out to achieve AUM of nearly US$500 billion by 2030. The Abu Dhabi government had already consolidated Mubadala with two of other state-owned investors operated by the emirate: the International Petroleum Investment Co. (IPIC) and the Abu Dhabi Investment Council (ADIC). 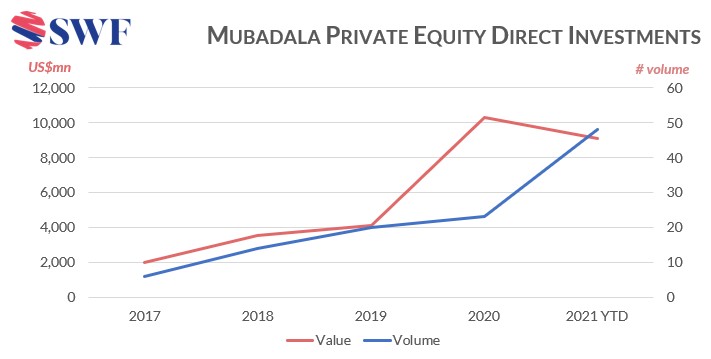 Global SWF data show that Mubadala is increasingly targeting earlier stage investment rounds with an emphasis on disruptive tech. Since the consolidation of the three funds in 2018, Mubadala has moved from acquisitions heavily oriented to chunky stakes in the energy sector towards venture capital in tech and retail. The IPO has released more liquidity for greater exposure to areas of growing interest to Mubadala as it seeks to boost returns and reach its AUM target.

In its bid to boost its private equity strategy, Mubadala Capital will be increasing the number of personnel at its London office in September. Antoun Ghanem, a director in the private-equity group who leads Mubadala Capital’s European investment practice, will move to London from Abu Dhabi to get closer to the European market. The total number of private equity specialists across its New York and London offices will number three or four.

Mubadala Capital, which was established in 2011, now manages a third party portfolio worth US$9 billion. Its strategies also include venture investing, public equities and a fund focused on Brazil. So far this year, the SWF has committed an estimated US$9.1 billion of capital in 48 private equity deals, excluding infrastructure and real estate. Global SWF forecasts that Mubadala will top the record year for acquisitions in 2020, which saw a US$10.8 billion of investments in 26 deals.

GlobalFoundaries went public to tap finance to fund future expansion. A semiconductor drought amid a plant fire in Japan and a surge in electronics demand offers the chipmaker and opportunity to boost its global market position.

The manufacturer grew out of a joint venture between the Abu Dhabi government’s Advanced Technology Investment Co. (ATIC) and Sunnyvale, California–based Advanced Micro Devices (AMD). In the initial transaction, AMD contributed to GlobalFoundries’ semiconductor manufacturing facilities in Dresden, Germany, while ATIC invested US$1.4 billion. In exchange, each partner received equity securities and ATIC assumed debt securities. ATIC owned 66% of GlobalFoundries and AMD 34%. In 2011, AMD sold its stake and ATIC was consolidated under Mubadala as a wholly-owned subsidiary. Mubadala chose to invest in semiconductor manufacturing, a capital- and energy-intensive high-tech industry, because it met all the requirements for Abu Dhabi’s development plans.

GlobalFoundries has grown to become one of the world’s leading chip manufacturers and stands in a neutral position amid the US-China trade war. To date, the company has 10 fabrication plants across the world, most of which are in Singapore following the acquisition of Singapore’s Chartered Semiconductor Manufacturing in 2009. 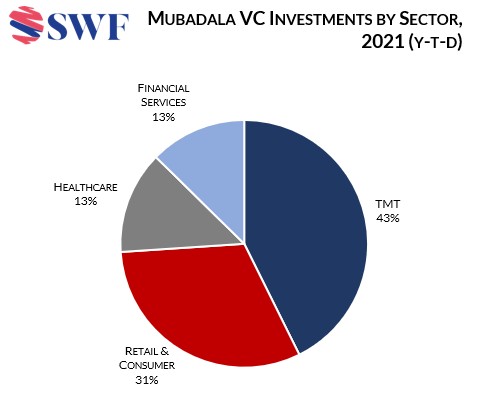