Kazakhstan’s US$69 billion sovereign wealth fund, Samruk-Kazyna, announced today that it was slashing its staff numbers in half and is set to close offices in Beijing, Moscow and London.

Under an organizational overhaul prompted by President Kassym-Jomart Tokayev’s call for reform, the Board is also reducing the number of management positions from 10 to five and is changing rules for procurement.

The changes come amid a period of turmoil within the vast Central Asian state, sparked by rising fuel prices. The government is under pressure to boost domestic living standards and address perceived corruption and nepotism in the system in order to address social instability and Samruk-Kazyna has significant wealth to redeploy to assuage the restive population.

Kazakhstan's new prime minister Alihan Smaiylov indicated in recent days that portfolio companies will be privatized from 2022, including IPOs in KazMunayGas, Air-Astana and QazaqGaz. About 40 enterprises are planned to be put up for privatization in the group of companies of the Samruk-Kazyna holding during this period. The sale of assets will provide Samruk-Kazyna with capital for future strategic developments projects, which are set to involve close relationships with foreign state-owned investors.

In an apparent effort to target the previous government, on Saturday the sovereign fund announced that Kairat Sharipbayev and Dimash Dossanov – the sons-in-law of former Kazakh president Nursultan Nazarbayev, who has come under fire from his embattled successor - had quit as chief executives of two portfolio companies: oil pipeline firm KazTransOil and natural gas pipeline operator QazaqGaz (formerly KazTransGas) respectively. Although Samruk-Kazyna gave no reasons, the move came amid a pledge by Tokayev to move against the significant business holdings of the family of the former president.

Modelled on Singapore’s Temasek and Malaysia’s Khazanah, Samruk-Kazyna is positioned as a strategic investor in the Kazakhstan economy. Almasadam Satkaliev was appointed chair of the board in March 2021, substituting Akhmetzhan Yessimov, who had faced stern criticism from Kazakhstan’s accounts committee over a lack of transparency and falling profitability.

A committee report issued in October 2020 said: “There is still no transparency in procurement procedures, most of the holdings funds continue to be placed in a non-competitive way. Systemic problems have been identified, which are the reasons for the ineffective use of state resources and restraining the development of the market economy.”

Satkaliev appears to have made his mark in shaking up personnel with the replacement of a range managing directors at the fund. He is also pushing alliances with foreign sovereign wealth funds, including Qatar Investment Authority (QIA), which was cited as a potential co-investor in infrastructure, logistics, renewable energy, and the privatization program. Mubadala is set to become a major factor in the fund’s strategy. In February 2021, the Abu Dhabi investor’s green investment arm, Masdar, signed agreements with Samruk-Kazyna to explore joint initiatives in renewables. These included developing a 500MW wind farm project with operations beginning by end-2024. Oil-rich Kazakhstan aims to raise the share of renewables in electricity generation from 1% in 2020 to 10% by 2030 and 50% by 2050 by exploiting its huge wind and solar power potential.

French public investment bank Bpifrance is also set to become a long-term partner. At the end of October 2020, Samruk-Kazyna and Bpifrance announced the launch of a EUR100 million co-investment partnership for the development of bilateral trade. The agreement is dedicated to Kazakhstani, French, or joint-venture SMEs, and intermediate-sized companies operating in industry, agriculture, ecological and energy transition, education and health.

Kazakhstan also has other state-owned vehicles. The National Bank of Kazakhstan (NBK) – the central bank – manages the National Fund of the Republic of Kazakhstan (NFRK, Stabilization Fund) and the National Investment Corporation (NIC, Savings Fund). Most of these are invested in bonds and stocks through the NRKF, with investment professionals embedded in the Central Bank. The NIC, founded in 2012 as a conduit for alternative assets, maintains a fair degree of independence and separate structure. They are less likely to be affected by overhauls with the NRKF mandated to allocate foreign exchange reserves exclusively in overseas assets. Yet, if its assets are used for the benefit of domestic social and economic priorities, its growth maybe stunted. 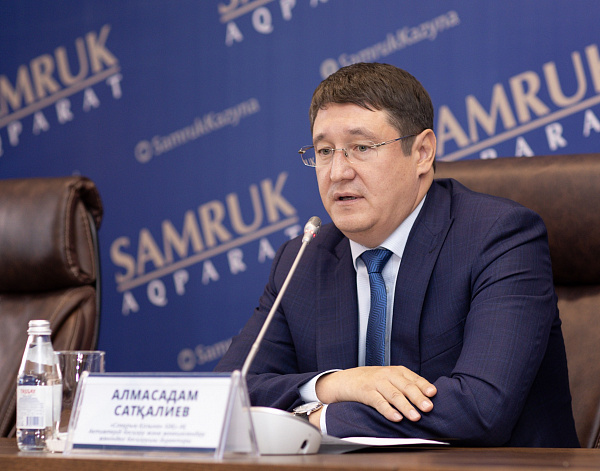