SoftBank’s decision to bail on Indonesia’s plans to build a new capital city in East Kalimantan has prompted the country’s sovereign wealth fund to turn to peers in the Middle East for investment in the US$32.5 billion gigaproject.

The Indonesia Investment Authority (INA) is the driving force behind the project to build Nusantara, a “carbon neutral and inclusive city” which is supposed to replace Jakarta as the administrative center of the world’s fourth most populous country. However, state funds are only expected to cover 20% of the cost, with reliance placed on institutional investors and foreign sovereign wealth funds.

Previously, Softbank had expressed its intention to fund the new capital city project and it was due to inject up to US$100 billion into the new capital city, according to the Indonesian government, but the Japanese investor bailed. The Asian Development Bank (ADB) remains engaged in the plans, assisting with planning and fund-raising.

The government anticipates that progress will be fast over the next two years with completion of the first phase targeted for the first quarter of 2024 and final completion in 2045. It is in a race against time as Jakarta is threatened by subsidence and the potential for most of North Jakarta to be submerged by 2050 as sea levels rise.

Modelled on India's National Investment and Infrastructure Fund (NIIF), which is 49% owned by the Indian government, the INA is positioning itself as a catalyst of infrastructure investment. Although it has yet to complete a major investment deal, the INA successfully closed the first tranche in December 2020 for US$ 15.5 billion with commitments from the Indonesian government, the US International Development Finance Corporation, Japan Bank for International Cooperation and public pension funds of Canada (CDPQ) and the Netherlands (APG). The government has set a target for the INA to expand its assets to $20 billion by attracting co-investors. In May 2021, the INA secured an agreement for a US$3.75 billion infrastructure platform, marking the marks the first investment vehicle for the INA, backed by the Abu Dhabi Investment Authority (ADIA), CDPQ and APG.

Last month, the UAE reaffirmed its commitment to the project with its US$10 billion pledged investment. A portion of the funds are set to be allocated to the new capital with the rest invested in infrastructure, food security, logistics, healthcare and the digital economy. Luhut Binsar Pandjaitan, the Coordinating Minister of Maritime and Investment Affairs, said in January that the UAE will invest around US$20 billion in Nusantara through the INA.

Saudi Arabia's Crown Prince Mohammed bin Salman recently expressed his interest in investing in Nusantara, leading to a potential capital infusion by the US$600 billion Public Investment Fund (PIF). It is leading similar domestic giga-projects, concentrated on NEOM – a US$500 billion high-tech economic zone, which is central to the country’s Vision 2030 economic diversification program and could serve as a model for Nusantara. PIF is no stranger to backing similar infrastructure projects outside the Kingdom. In 2019, it announced it was planning to invest as much as US$10 billion in Brazil, focusing on infrastructure.

Indonesia still faces an uphill struggle to secure financial backing and there is a widespread belief that deadlines will be missed, with the 2024 completion largely seen as a political ambition as President Joko Widodo completes his second term – with reports that he is seeking a constitutional amendment to enable him to seek a third term.

Other issues include the environmental impact on Borneo, where extractive industries and land rights issues are proliferating and causing persistent conflict. The government is still attempting to boost the oil palm and mining industries in Borneo, which contradicts the sustainability credentials of the new capital. Yet, Nusantara represents a move away from a Java-centric economy – 65% of the national economy is concentrated in Jakarta, indicating highly uneven economic development. 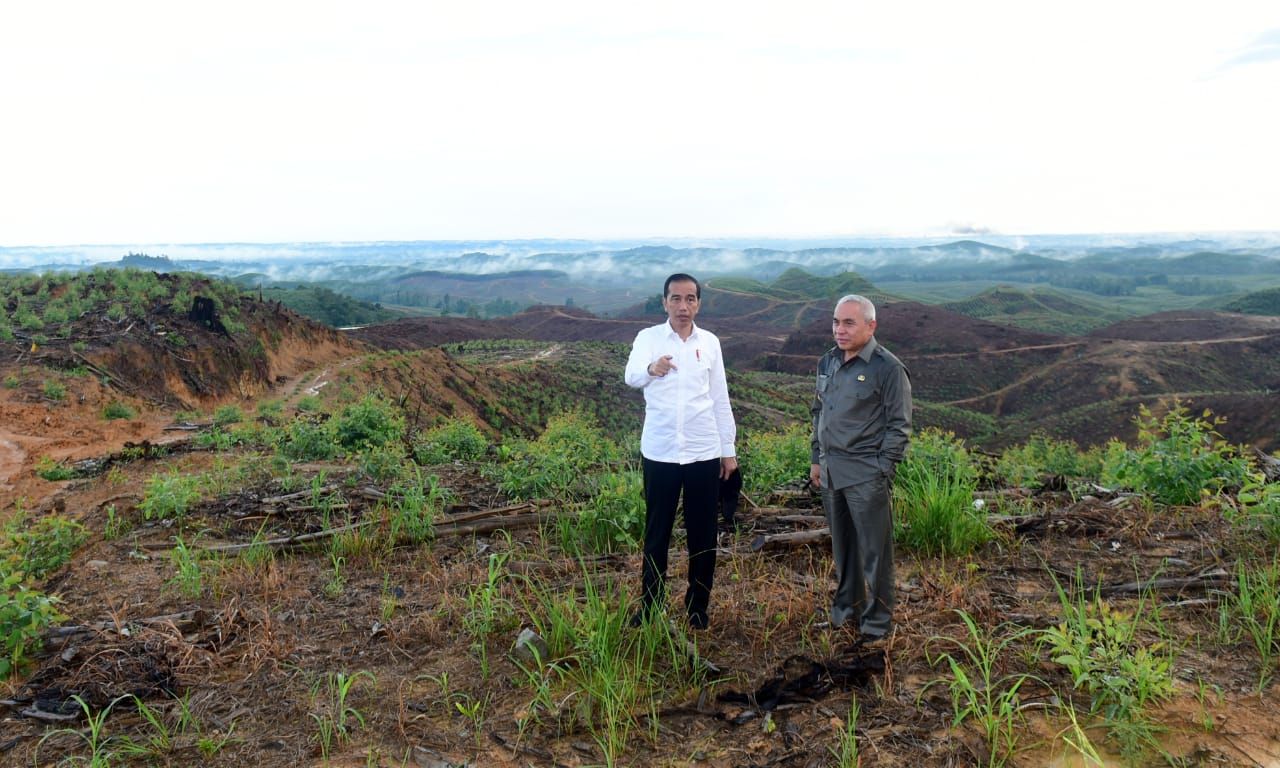 Image: President Joko Widodo visiting the site of the new capital in December 2019. Source: Office of the President of Indonesia.