The Indonesia Investment Authority (INA) has teamed up with Chinese investors to boost the country’s EV value chain as Southeast Asia’s most populous country presses ahead with a green automotive revolution.

Indonesia holds 22% of the world’s nickel reserves and is set to become a heavyweight in global nickel production, supplying around 50% of the world’s refined nickel by 2030, according to INA. The deal comes on the back of CATL’s announcement in April that it planned US$6 billion in joint investments with state-owned Indonesian nickel miner Aneka Tambang and IBC. In September, QMB New Energy Materials - a joint venture between CATL, the Chinese stainless steel manufacturer Tsingshan Holding and Chinese battery recycler GEM – opened a battery material plant at a world-scale nickel processing complex controlled by Tsingshan in Central Sulawesi Province.

INA CEO Ridha Wirakusumah said, "This MoU is part of our journey and commitment to supporting Indonesia’s sustainability and commitment to net zero emission. Electrification is an attractive solution for conventional energy, helping to reduce environmental impact whilst also tapping into a potential growth market.”

The agreement is a boost to INA’s mission to support the transformation of the Indonesian economy. The Indonesian Government has been marketing INA very aggressively since it began operations in February 2021. INA has raised more than US$26 billion of investments. It is part of a new breed of “catalytic funds”, established with the aim of attracting foreign capital into the country (inbound), rather than investing national capital overseas (outbound).

The government is already supporting rapid EV adoption. In March 2021, the ministry of finance exempted battery electric vehicles and plug-in hybrid electric vehicle from luxury sales tax (PPnBM). Indonesian demand for EVs is set to grow rapidly, albeit from a low base. It also announced a 0% import duty on incompletely knocked down kits to stimulate domestic manufacturing. In August 2019, President Joko Widodo signed a presidential decree that launched the Acceleration of Battery Electric Vehicles Program for Road Transportation, which outlined the ambitions of the country to become an EV production market through the introduction of incentives for producers and consumers alike.

In response, EV manufacture is growing with Hyundai recently inaugurating a new US$1.55 billion factory in Cikarang, located 40km east of Jakarta, which is producing its IONIQ 5 model. The factory has an initial capacity of up to 150,000 units with plans to ramp up capacity to up to 250,000 units, although this is still less than a quarter of the 1.12 million vehicles produced in Indonesia in 2021. It will be supplied by an associated battery cell manufacturing operation under a partnership with South Korea’s LG Energy Solutions to secure local battery needs. LG Energy Solutions signed a US$9 billion deal with South Korean and Indonesian partners to develop Indonesia's battery manufacturing value chain – from mineral extraction and processing to battery cell manufacturing.

The challenge will be to maintain the decarbonization of the value chain, given the electricity demands of battery consumption and the requirements of the domestic EV fleet, given that currently 60% of Indonesia’s electricity generation comes from coal and environmental standards are widely criticized. 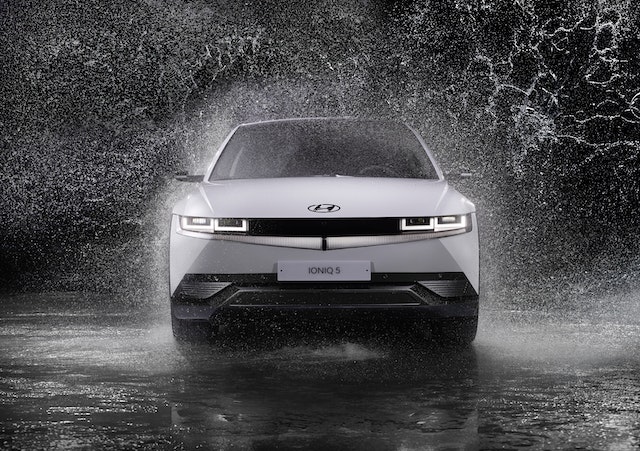