GIC breaks all records in its 40th birthday

The Singaporean Sovereign Wealth Fund just released its latest results coinciding with the 40th anniversary since its establishment in May 1981 and has reasons to be very proud.

GIC does not report single year returns to avoid an excessive focus on short-termism. However, Global SWF has been able to estimate the annual performance based on the reported 5-year, 10-year and 20-year rolling returns: from April 1, 2020, to March 31, 2021, GIC returned a mind-blowing 37.5%.

That performance did no doubt benefit from a low base at the beginning of April 2020, where global public equities were 50.4% cheaper to what they were at the end of March 2021. Considering GIC’s asset allocation, a Global SWF-built up reference portfolio grew a 31% - well behind GIC’s actual yield.

Compared to the previous year, the investor has reduced its weight into bonds, to the benefit of Emerging Market Equities, Real Estate and Private Equity. It also increased its weight in Asia ex-Japan, reflecting the focus on Asian VC and RE, including not only China but also Indonesia, India, Vietnam and Malaysia.

As reflected in Global SWF’s 2021 annual report, GIC was the top spender in calendar 2020 with USD 17.7 billion and is well under way to beat that figure in 2021, with USD 16.7 billion already deployed in 59 different investments during the first six months of the year – over a third of it in real assets.

The Singaporean fund confirmed a second round of COVID-related withdrawals from its Government, SGD 11 billion, or USD 8.1 billion. Like every other year, its assets were also reduced by a dividend part of the Net Investment Returns Contribution (NIRC) asked to GIC, Temasek and MAS.

Overall, Global SWF estimates that GIC’s new Assets under Management (AuM) are USD 744 billion. According to these estimates, GIC would today be the world’s fourth largest SWF, just behind Norway’s NBIM and China’s CIC and SAFE. 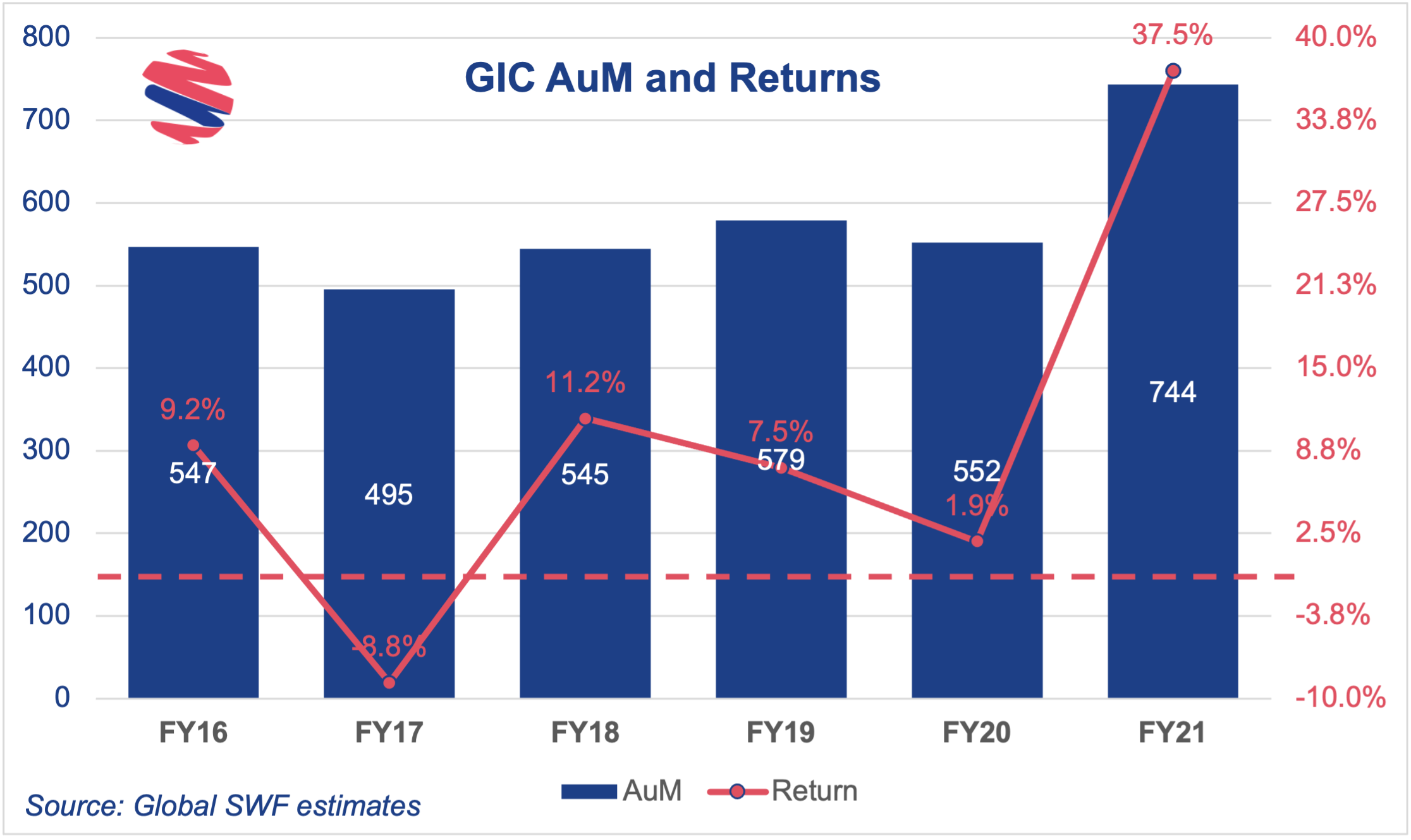