Singaporean investor Temasek’s venture capital arm Vertex Holdings swung from red to black in 2021 with a US$530.8 million net profit from a US$40.4 million net loss in 2020.

Revenue surged from US$0.9 million in 2020 to US$79.3 million, indicating that the subsidiary yielded significant gains in income. At the same time, the total fair value of investments grew 69.5% to US$2.01 billion, while net asset value (NAV) rose from US$181 million to US$1.6 billion. Among its exits in 2021 was Grab Holdings with an exit valuation of US$14.3 billion and a return multiple of 9x.

Vertex represents the key thrust of Temasek’s sophisticated venture capital strategy, which is a trend-setter in the sovereign wealth universe. Others have followed on behind with similar units, such as OMERS Ventures, Mubadala Capital Ventures and ADQ’s DisruptAD as VC has become a fundamental part of funds’ portfolios.

Vertex Holdings has six funds in its network, with subsidiaries focused on early stage VC in China, Israel, the US and Southeast Asia and India, as well as a healthcare and life sciences venture fund and a growth stage fund. These network funds amount to AUM of US$3.7 billion. In addition, 10 wholly-owned captive funds manage assets totalling US$1.4 billion. Across the Vertex ecosystem, it manages a portfolio of over US$5.1 billion assets as of end-December 2021 (including divestments) comprising of over 200 companies.

As noted in Global SWF’s 2022 Annual Report, in 2021, 20% of Temasek’s US$5.1 billion of VC investment was deployed in early-stage Series A and B rounds (up from 15% in 2020). Series C rounds were still its most popular target, contributing to 39% of the total value. With a strong appetite for healthcare, tech, and e-commerce, Temasek made a significant pivot to China and India, which represented 25% and 23% of its VC investment – up from 18% and 10% in 2020 – with investment conducted largely through Vertex funds.

The investor is also establishing its own suite of in-house start-ups, such as AI tech and solutions provider Aicadium, travel pass software developer Affinidi, and cybersecurity company Istari. Temasek’s efforts are accompanied by the government-backed SG Equity, which supports biopharma, medtech, and agtech start-ups.

Vertex is adept in raising capital for its investments in order to boost its aggressive expansion. In 2021, Vertex Holdings launched its corporate bond offering due July 2028 under its US$2 billion Multicurrency Debt Issuance Programme. The issuance was upsized to S$450 million on the back of overwhelming investor demand.

In January 2022, Vertex listed its first ever SPAC, Vertex Technology Acquisition Corporation Ltd (VTAC), on the Singapore Exchange in a move into public market investing. Its prospectus stated that it will “complete an initial business combination within 24 months from the Listing Date with a business having a core technology focus, highly differentiated products and scalable business models, with the aim to improve people’s lives by transforming businesses, markets and economies.”

Vertex has committed S$30 million in capital through the subscription of VTAC Units (known as Sponsor IPO Investment Units) that are locked up till six months after the completion of the initial business combination. It said, “Looking ahead, VTAC places greater emphasis on identifying a suitable target company that will yield a strong business combination at the de-SPAC stage. With the guidance of its Sponsor, it looks to grow the target company to greater heights and strive to provide greater value for VTAC’s stakeholders.” 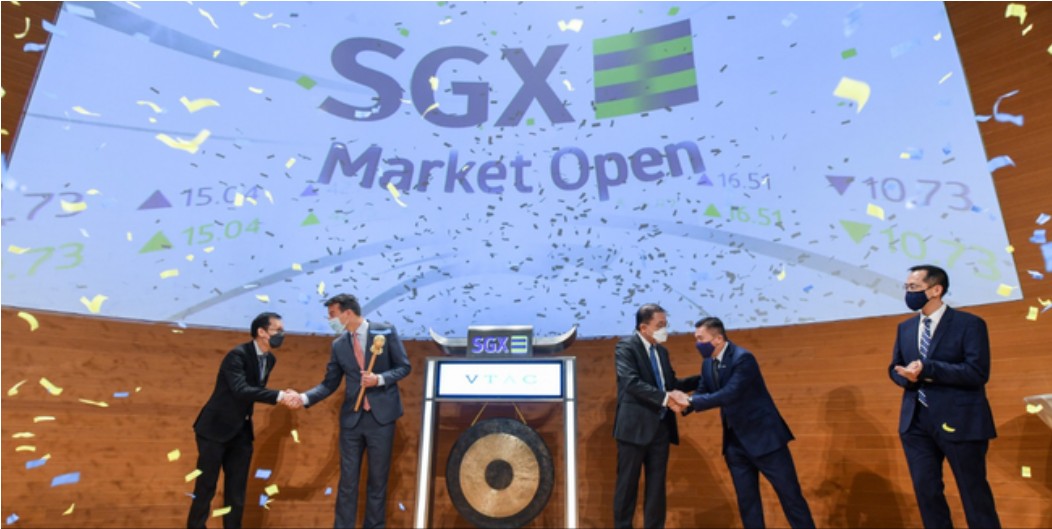