Stripe has won a EUR42 million (US$50 million) investment from the Ireland Strategic Investment Fund to help the global payments tech company add over 1,000 jobs in the Irish economy over the next five years. Global SWF estimates that, as a result of the investment, ISIF’s total investment in Ireland’s technology, media, and telecom sector is now around US$1 billion.

ISIF joined other investors in a EUR500mn funding round that raises the value of the fintech company to EUR80 billion. The deal meets the EUR8.6 billion sovereign wealth fund’s “double bottom line” mandate of investing for commercial return and economic impact. ISIF is hoping Stripe’s expansion will help more than 10,000 Irish businesses to expand into new global markets over the next five years. 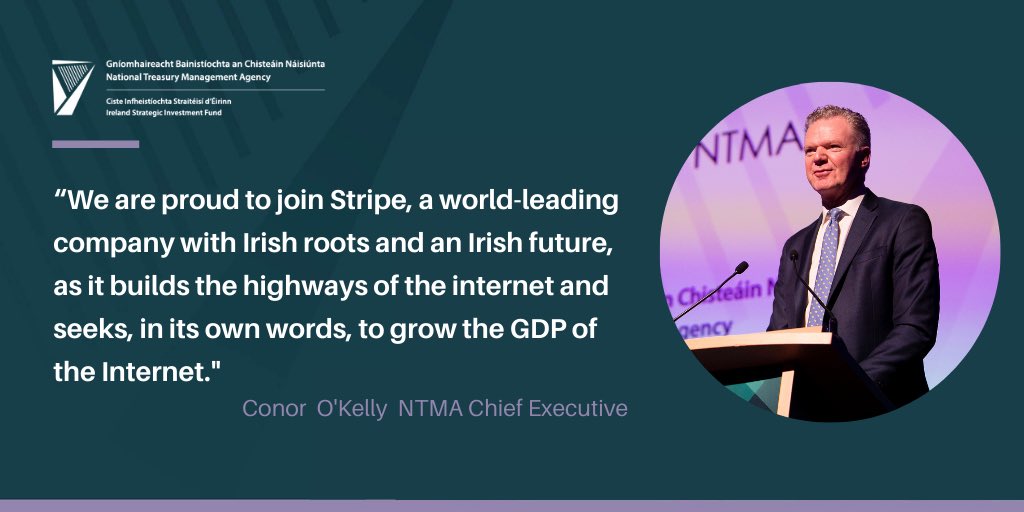 Last month, ISIF threw a lifeline to national flag carrier Aer Lingus with a EUR150 million (US$180 million) recovery loan from its EUR2 billion Pandemic Stabilisation and Recovery Fund. The loan will be used to strengthen the airline's liquidity position and are to be paid back within three years.

Speaking to Global SWF last year, O’Callaghan said, “As the emergency recedes, funding will shift from stabilization to recovery including a reversion towards our priority themes, and we expect significant investment over one to three years."

ISIF is in the process of liquidating its global portfolio as it looks to shore up the Irish economy at a time of economic disruption.

O’Callaghan told Global SWF, “The Global Portfolio has always been meant to provide the necessary liquidity for the Irish portfolio. The Global Portfolio strategy has been low-risk but seeking to earn some return to compensate for negative cash rates in the Eurozone. It is intended to wind it down and deploy capital into domestic holdings over time, with the pace of the transition reflecting market conditions."