Saudi Arabia has made a giant leap in the restructuring of its social insurance and pension system with the announced merger of the General Organization of Social Insurance (GOSI) and the Public Pension Agency (PPA) to form a US$250 billion fund.

While the new entity has been tipped to enter the global top 10 of public pension funds, Global SWF’s database would place it just outside the elite – but not far behind.

The drive towards consolidating the social welfare system chimes with Saudi Arabia’s Vision 2030, which aims to develop and diversify the economy and provide economic security for future generations. This has involved the creation of “national champions” with a singular focus – in this case, social welfare.

GOSI’s investments are currently under the remit of its Hassana Investment Company, while PPA operates the Raidah Investment Company. The combination of the two will create a diverse portfolio of domestic and foreign assets, but heavily weighted to fixed income which will comprise 50% of its AUM, according to research by Global SWF.

Following an analysis of the portfolios of both constituent funds, we find that around 17% of capital will be in public equity with real estate, infrastructure, and private equity each representing 10% and the rest allocated to hedge funds. 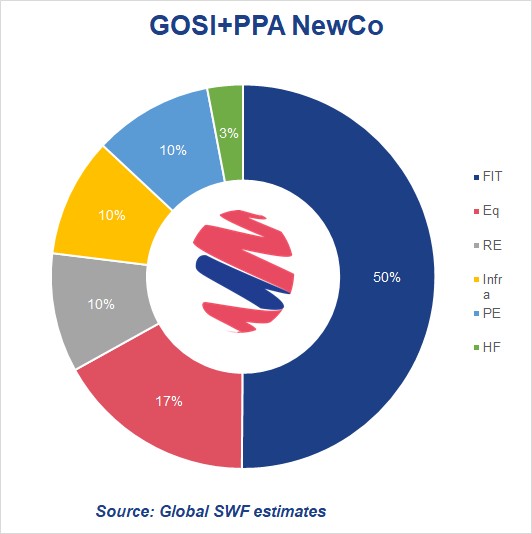 The consolidated fund will have chunky domestic public equity stakes, including sizable shareholdings in the Saudi National Bank (US$8.87 billion), Al-Raji Bank (US$4.41 billion), the Samba Financial Group (US$3.87 billion), Riyad Bank (US$3.62 billion), and the National Petrochemical Company (US$1.45 billion). The five biggest holdings will comprise around half the new entity’s public equity portfolio. Additionally, Hassana will contribute its share in Aramco Oil Pipelines, bought as part of an investment consortium that bought a 49% stake in the Saudi infrastructure company for US$12.4 billion.

Hassana CEO Saad Al-Fadly told Al-Arabiya TV that GOSI and PPA recorded a return on investment (ROI) exceeding 8% over the past three years. He indicated no change in strategy, adding: "The local market is key for us. We have a relative privilege for being a local investor that is well aware about the market. This is in addition to the huge opportunities that we expect to emerge with the programs of the Kingdom's Vision 2030, especially privatization and investment infrastructure.”

The merger follows a trend within Saudi Arabia and elsewhere in the Gulf where assets and funds are being consolidated to boost performance, reduce costs and increase efficiency through integration. The merger addresses the Kingdom’s debt issues and increasing scale potentially helps towards bonds issuance – a similar impetus to the mergers that created Oman’s OIA and Abu Dhabi’s MIC. The new entity will be a major player in the GCC’s bond markets, which have seen a surge in government and private issuance.

Yet, merger may not be plain sailing. There is the thorny issue of board appointments to contend with the possibility that some members will be muscled out. How the assets will be managed – and potentially divested to redeploy capital – will also be an ongoing issue as two operations with different mandates and management come together. There has been no comment on what happens to Hassana and Raidah and whether these investment managers will merge.

GOSI has said it will start with transferring PPA’s real estate assets, focusing on “simpler, read-for-merger company activities”, according to its assistant governor for insurance coverage Nader Al-Wahibi. Yet, it has not set out a timeframe for this process. 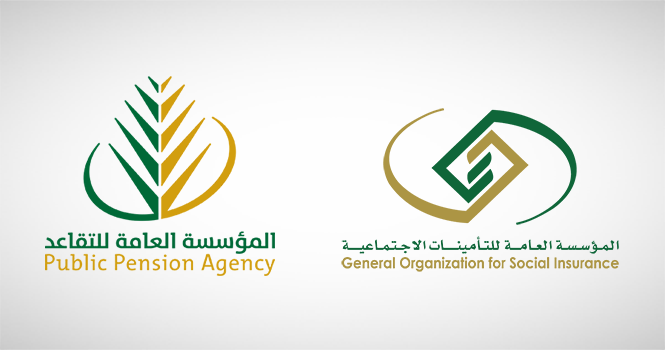