Daily Update: What Will Qatar's Rehabilitation Mean for QIA?

The announcement that full diplomatic relations had been restored between Qatar and a Quartet of Arab countries - Saudi Arabia, the UAE, Bahrain and Egypt - removed a cloud hanging over Qatar.

Yet, the storm had already passed for US$345 billion Qatar Investment Authority (QIA) which had overcome the initial financial impact and, like the Qatari economy, restructured and accelerated investment activity. As a custodian of the nation's long-term financial stability, the sovereign wealth fund will continue to diversify risk exposure to boost yield and insulate itself from geopolitical shocks - and that means steering clear of those countries whose governments posed a threat to the state's very existence.

The Quartet initiated a boycott of Qatar in June 2017 over its perceived accommodation of Islamist groups associated with the Muslim Brotherhood movement, as well as its close ties to Saudi Arabia's bitter foe Iran. QIA's existence alongside robust gas revenue proved crucial in maintaining the state's resilience.

The immediate crisis prompted QIA to repatriate US$20 billion in assets to support the domestic banking system which was placed under severe strain as non-residents withdrew funds, while Qatar's sovereign ratings were downgraded. QIA also cut its direct investment activity with a 55% cut in total deal value in 2018 to just over US$2 billion. Military action had also been feared and the threat continued to hang over the small Arab state so long as the boycott remained, posing the possibility of repatriation and even liquidation of QIA assets to shore up the economic and political system.

The focus on domestic resilience building and the creation of alternative supply lines enabled Qatar to shake off the worse effects of the boycott. Confident that the pressure had eased and the financial system had stabilized and adjusted, QIA ramped up direct investment activity in 2019. A drop in 2020 mirrored other sovereign investors in response to the pandemic, but was still an improvement on the immediate aftermath of the crisis. 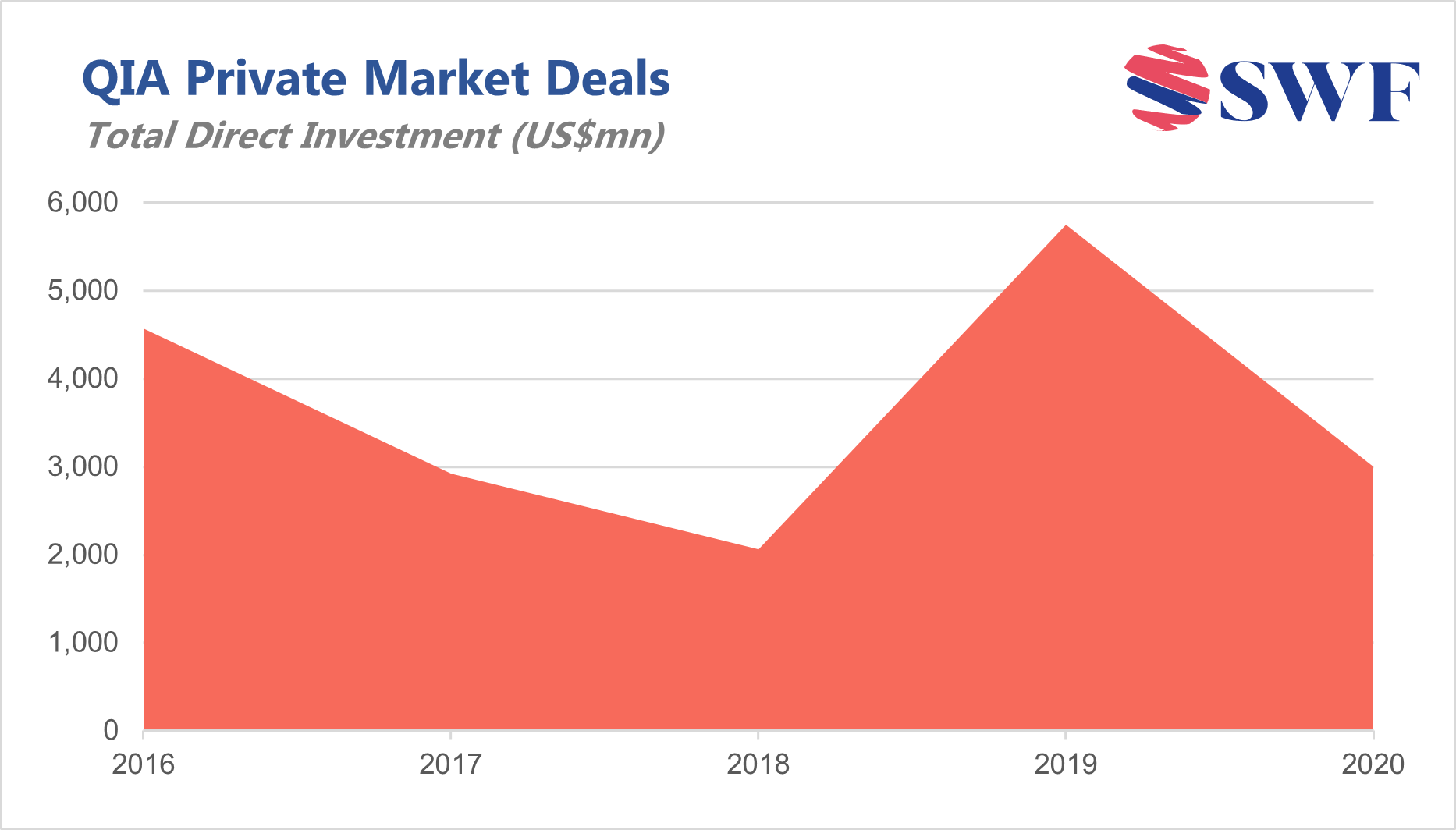 The formal agreement to end the dispute, mediated by Kuwait and the US, was signed at the 41st annual summit at Al-Ula in Saudi Arabia on 5th January. The agreement includes the lifting of the trade blockade and non-intervention in domestic political affairs of signatory nations. Qatar also withdrew its claims for US$5 billion in compensation for damages caused by the boycott.

Obstacles to intra-regional trade and investment will be removed, although political tensions will persist. A return to pre-crisis levels of trade and investment between Qatar and neighbors is unlikely with Doha looking to limit risks to the Qatari economy and financial system from reliance on GCC.

Having been burnt by the boycott, we expect QIA to steer clear of exposure to the economies of its neighbors, preferring instead continuing its push to diversify its portfolio and spread risk exposure across more geographies and sectors. As such, the agreement will not immediately unlock QIA capital for long-term cross-border projects and in regional stock markets.

QIA's asset base to continue to grow as Qatar's current account returns to surplus from 2022. Global SWF's 2021 Annual Report forecasts 5.0% CAGR over the decade - slightly lower than the SWF average average of 5.7%. By 2030, the fund's AUM will reach US$562 billion.