CIC Reaches New Heights and Pivots to Alternatives and the USA

The China Investment Corporation's (CIC) annual report released today showed the fund had notched up a record AUM of US$1.35 trillion at end-2021 with its foreign portfolio reporting a return of 14.3% - and signs are that this year it has surpassed Norway’s NBIM to become the world’s biggest ever sovereign wealth fund.

CIC’s domestic holdings, gathered under Central Huijin, reported a 7% increase in value. Global SWF had anticipated a stronger return in its overseas portfolio following 14.1% in pandemic-hit 2020, but the fund unexpectedly fell behind NBIM’s relatively conservative, highly liquid portfolio which returned 14.5%.

CIC’s annualized accumulative net investment return on overseas investment for the decade ending 2021 was 8.73%, beating the fund's performance target, it said. This compares favorably with NBIM’s 7.51% accumulated annualized return over the same decade.

A slump in public equities hit NBIM’s performance in 2022, leading to a -18.2% return in the January-September period with its AUM dropping to US$1.18 trillion. While CIC will not escape the market rout – with 68% of AUM devoted to domestic and external public equities – indications are that its investments in alternatives will temper the decline in portfolio value. At end-2021, alternatives comprising private equity, real estate, infrastructure and hedge funds made up 47% of CIC’s global portfolio – up from 43% at end-2020 and the highest proportion in the fund’s history. Increase allocation to alternatives came at the expense of investment in public equities (38.0% to 35.4%) and fixed income (17.0% to 15.4%).

Given the lower exposure to bearish public markets, it seems highly likely that, by end-2022, CIC will be bigger than its Norwegian counterpart, becoming the world’s biggest SWF. Yet, the long lag in reporting AUM and returns – this year was the longest ever, at 11 months after the year-end – means no-one will know for certain until deep into 2023.

CIC has shifted more and more of its portfolio to external management with 61.7% now managed outside the fund, up from 56.0% in 2020 and the highest level for four years. The increase comes at a time of manifold challenges for the Chinese investor, from tense relations between Beijing and Washington that have constrained direct investment opportunities to a high churn in staff.

Following the election of Joe Biden and the promise of a thawing in Beijing-Washington relations, CIC has renewed its push for long-term investment opportunities in the US, which represented 61.5% of its global public equities investment portfolio at end-2021, up from 57.0% at end-2020 and the highest proportion to date. The China-US Industrial Cooperation Fund, co-established with Goldman Sachs in November 2017, has progressed very slowly towards its US$5 billion target. CIC has been co-investing with private-equity fund managers such as France’s Eurazeo SE and Japan’s Nomura Holdings and secured investments via its UK-China Cooperation Fund, Japan-China Capital Partners and two other cooperation funds with Italy and France.

In July, CIC merged CIC International and CIC Capital, bringing together overseas private equity and infrastructure operations merged into a single unit. The purpose of the organizational overhaul appeared to be related to improving efficiency of operations as well as responding to a higher staff turnover. The overseas units are now guided by two committees overseeing public assets and non-public assets.

CIC Capital was created in 2015 to support the expansion of Chinese companies on global markets as well as bolster private equity returns, but its functions are increasingly overlapping with CIC International. Additionally, it has been challenged by regulatory obstacles in the US, which made dealmaking more problematic. 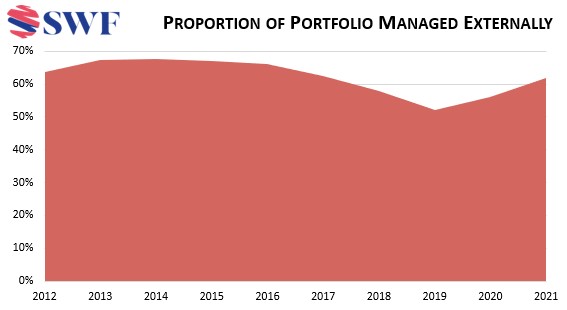