China’s external assets near US$ 10 trillion

Last week, the State Administration of Foreign Exchange, widely known as SAFE, released the latest data on China’s international investment position. SAFE functions as a bureau with vice-ministerial rank under the Central Bank, the People's Bank of China (PBOC), and manages the country’s foreign reserves among other external assets.

For the past 20 years, China has been building up an impressive stock of foreign reserves, from US$ 619 billion in 2004 to US$ 3.3 trillion at the end of May 2022. The weight of the USD has been decreasing over the same period, in line with other international central banks, from about 80% to about 50%, to the benefit of EUR, JPY and GBP.  According to the latest data from IMF, China holds 26.5% of all global foreign exchange reserves.

But it is not only reserves that SAFE holds. It also pursues direct investments (FDI, which China still receives more than sends), and other investments in debt and equity instruments. More importantly for us, it holds an increasingly important portfolio of “external portfolio investment assets”, which is nearing US$ 1 trillion now. This capital is normally channeled through SAFE Investment Company (SAFE IC), in what we could call a Sovereign Wealth Fund.

SAFE IC pursues its investments overseas through different offices in major financial centers. In New York, Rosewood IC’s investments include a known Internet-of-Things business, and a prime location property in Palo Alto; from London, Ginkgo Tree has acquired important stakes in Covent Gardens in Brussels and in Madrileña de Gas; and in Singapore, the team at IC PRC is mainly focused on fixed income, which stands for 33% of the whole portfolio.

Just like Singapore Inc. has done recently, China Inc. probably considers that it has accumulated enough cash and that it should seek higher yields – so SAFE IC has been increasing in relative terms from 6% of the total reserves in 2011, to 29% of the reserves today. And together with CIC, NSSF and HKMA EF, it continues to form the world’s most significant pool of Sovereign capital, well ahead of the UAE, Norway and Singapore. 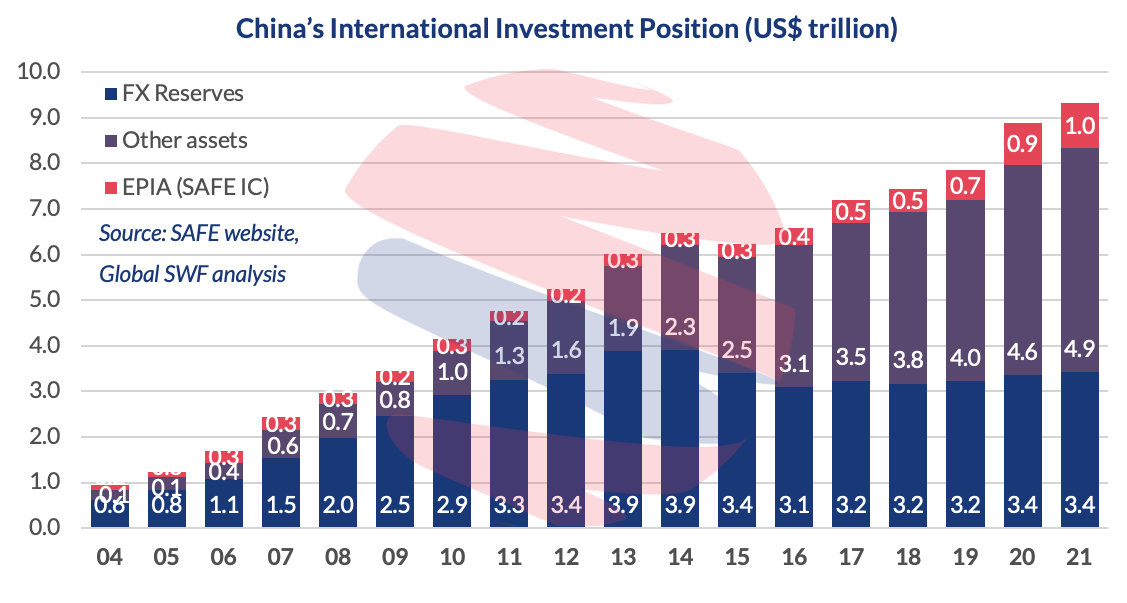