In a push to advance its infrastructure investments in India, Canadian public pension fund CDPQ has appointed Saurabh Agarwal as its Managing Director overseeing its operations in the country.

Agarwal has directed the fund’s infrastructure activities in South Asia since March 2017 and will now head the office in Delhi. Before joining Québec’s CDPQ, Agarwal was Executive Director at Morgan Stanley Infrastructure Partners (MSIP), a global infrastructure fund. At the same time, former US Ambassador to India Kenneth Juster is hired as a Senior Advisor, which further strengthens the fund’s skills base.

The New Delhi office was previously led (and opened in 2016) by Anita George, who was prior to joining a Senior Director at the World Bank, and who left CDPQ in December 2021. Agarwal’s promotion signals the ongoing focus of the Indian office in infrastructure opportunities in the country and wider region, with a 15-people strong office.

CDPQ’s investments to date total over US$7 billion. In the infrastructure space its assets include the Shree Jagannath Expressway in Odisha state, Maple Highways (operator of Highways Concession One), TVS Logistics, and renewables-focused power producers Apraava Energy (formerly CLP India) and Azure Power. In addition, it has invested heavily in offices, logistics properties and financial services, but it may seek to develop its exposure to venture capital which is currently very limited. 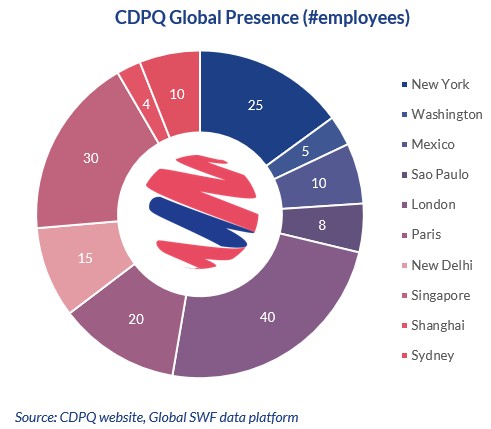 CDPQ has expanded its foreign operations in recent years. Its team in Delhi has grown to 15 members so far to date, making up just under a tenth of its global staff of near 170 personnel located in 10 offices. Around 86% of CDPQ’s US$329 billion is overseen by its non-Canadian offices. Its Indian operations are slightly bigger than the 13 personnel sitting in its Shanghai branch, although the fund’s China portfolio is nearly half as large at US$10 billion.

Global SWF research has found a swing from China to India since the onset of the pandemic, with Canadian PPFs leading the way often through partnerships, particularly in renewables. SWF estimates that SOIs have invested around US$5 billion into India’s renewables energy sector, a third of which comes from Singapore’s GIC with CDPQ contributing 22% and Abu Dhabi Investment Authority (ADIA) 19%.

Last August, the infrastructure arm of Ontario’s public employees pension fund OMERS took a chunk of Indian renewables producer Azure Power, which remains majority owned by CDPQ. OMERS Infrastructure bought a 19.4% stake in the producer, which has about 2GW of operational capacity and around 5GW under development. The transaction, worth US$219 million, was its first foray into Indian renewables infrastructure. CDPQ had increased its stake to 50.9% last year to support growth in solar energy; the OMERS transaction valued the Québecois fund’s stake at US$575 million.

CPP Investments is also an active Canadian investor in Indian renewables, having bought a 6% stake in ReNew Power for US$491 million in 2018. ADIA previously invested US$200 million in the company back in 2015. ADIA went on to co-invest in Greenko Energy – one of India’s biggest solar and wind energy companies with 7.3GW capacity and 30GWh of storage capacity – with Singapore’s GIC in June 2016. ADIA took a 15% stake for US$600 million and GIC invested US$1.52 billion for a majority 60% stake. 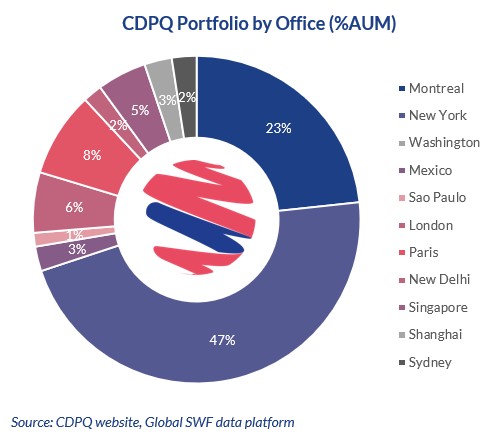