Brazil Looks to Relaunch Sovereign Wealth Fund ... But Will It Last?

Brazil may consider relaunching its sovereign wealth fund, the Fundo Soberano do Brasil (FSB), after the establishment of two sub-national funds in the past two years.

The original FSB was established in 2008 by the administration of Lula da Silva to invest for stabilisation and development. In 2018, the government withdrew BRL3.5 billion Fiscal Investment and Stabilization Fund (FFIE) of the FSB to pay off foreign debt, leaving just BRL500 million. In the following year, the SWF was dissolved by the administration of due to its depletion, 11 years after its creation by the Lula da Silva administration. The fund peaked at BRL26.5 billion (US$7.6 billion). The FSB's resources come from the National Treasury, government bonds from companies such as Banco do Brasil and Petrobras and other financial investments.

FSERJ will be focused on fiscal stabilization, although domestic development will form part of its mandate. A constitutional amendment has established that a share of oil and gas revenues will be funneled into the fund to stabilize revenues when oil prices tank as well as invest in the local economy with a view to diversification. Legislators voted to put the fund under the control of the planning secretariat, rather than the Treasury, to support its strategic brief.

Withdrawal rules are not yet clear in a country where the IMF does not predict a fiscal surplus until 2024 at the earliest. The division between the stabilization and investment mandates is also unclear. 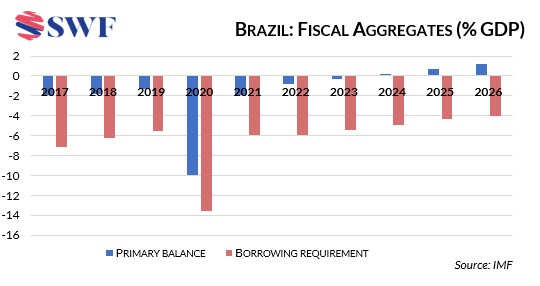 Most Latin American funds have suffered significant withdrawals, leading to near depletion. Latin America and the Caribbean are currently home to 17 distinct SWFs, of which six are stabilization funds, five are savings funds and six are strategic funds.

The oldest pool of capital was Colombia’s FAEP, which was set up in 1995 to cover potential deficits. The fund grew to US$12.1 billion until 2020, when the “rainy day” finally arrived and the capital was fully used up in just one year. Peru’s FEF (1999, US$5.5 billion) and Mexico’s FEIB (2000, US$8.4 billion) had the same fate – all three funds now have a balance of zero, although they haven’t been closed, with the hope of receiving fresh capital during 2021-2022.

The withdrawals were smaller in Chile, which saw transfers not only from stabilization fund ESSF but also from savings fund PRF; in Trinidad & Tobago, where the maximum annual capital call from HSF is US$1.5 billion; and in Panama, which saw its two first drawdowns for 8% of FAP.

The region is currently the world’s poorest in terms of SWF capital in relative terms (0.5% of its GDP) and it is unclear how Governments will be able to reestablish their savings. The resilience of the Chilean funds may be difficult to replicate.

Unless a ceiling is placed on the new Brazilian fund’s withdrawals, it may well end up being depleted again in the next crisis, subject to political whims. Mexico’s FEIPis an example. Elected in late 2018, the administration of President Andrés Manuel López Obrador – popularly known as AMLO – preferred to exhaust FEIP’s resources within two years instead of increasing taxes or raising debt.

FEIP was set up to compensate for any fiscal shocks caused by lower economic activity, falling oil prices or depreciation of the peso so that budgets are executed as planned. It can be used by the Government to reach a surplus greater than 1% of the GDP, which happened during 2019 (US$6 billion withdrawal). In this sense, it fulfilled its purpose amid the economic turmoil and oil price collapse that followed in the wake of the pandemic. The Fondo Mexicano del Petróleo para la Estabilización y el Desarrollo (FMPED) serves as a second line of defense in the event of the fall in public revenues once the FEIP has been exhausted, but the government would be reluctant to start draining its savings pool.

Whatever its future plans, the government is now faced with the difficult task of rebuilding the fund in the context of continued low crude prices and falling oil output. FEIP's income mirrors crude prices. While there is an expectation of a price recovery in 2021, it will not return to pre-pandemic levels fast.

Improved governance is crucial to Brazil ensuring its new SWF will last and this requires political will… whether the presidency is controlled by Bolsonaro or Lula. The temptation in the past has been to exhaust savings for short-term pay-offs. Unless rules are established in inflows and outflows, the new FSB will follow the same fate as its short-lived predecessor.

Photo by Anna Kapustina from Pexels 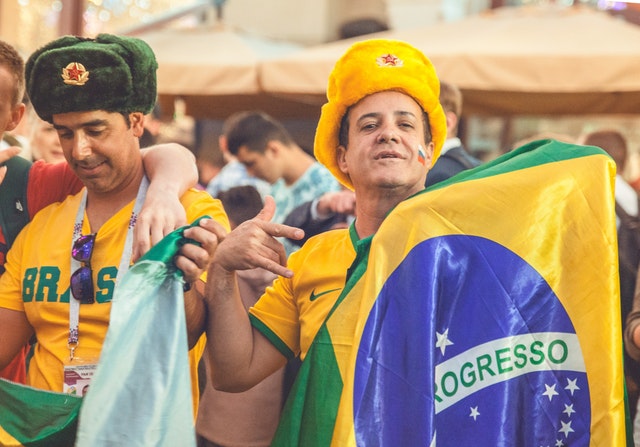