BlackRock and the New Saudi Fund on the Block

Saudi Arabia is set to launch a new National Infrastructure Fund (NIF), under the ambit of the National Development Fund (NDF) and operated by BlacRrock, which will use central bank excess forex reserves to pour tens of billions of debt and equity finance into power, water and healthcare projects over the next decade.

According to Yazeed Almubarak, chief executive officer and director of BlackRock Saudi Arabia, the NIF will help “institutionalize the infrastructure market in Saudi Arabia in order to attract more foreign capital.” It will provide both lending and equity investment in new projects as well as provide credit guarantees. BlackRock, the world’s biggest asset manager, is already ramping up its presence in Saudi Arabia and has become favored by the government. It is currently advising the nation’s sovereign wealth fund, the Public Investment Fund (PIF), on developing an environmental, social and governance framework.

The move to create the NIF follows an overhaul of the Saudi Arabian Monetary Authority (SAMA), the country’s central bank, implemented earlier this year to divert hard currency surpluses in favor of PIF and the NDF. It is thought that the two state funds will receive the excess of reserves, after the amount needed to defend the riyal’s peg against the US dollar. At the end of September, SAMA’s international reserves totalled US$465.5 billion, while it is widely believed that the level of forex needed to defend the peg is around US$300 billion, therefore potentially providing PIF and the NDF with more than US$165 billion of liquidity.

The changes to SAMA represented the first reform of the central bank’s law since its foundation in 1952 and were ostensibly to bring it into line with international standards, with greater institutional independence. SAMA’s investment portfolio has focused on low-risk assets, such as US bonds, but MBS wants to use the funds raised through oil wealth to bolster his vision of economic diversification as well as achieve a better yield from national savings.

In the past two years, tens of billions were transferred from SAMA to support PIF’s ambitious headline-grabbing infrastructure objectives, but the NDF has been quietly standing on the sidelines. The NDF was set up in October 2017 to oversee state development funds and banks and manages more than US$80 billion in assets. According to the Saudi government, the NDF aims to “upgrade the performance level of the Kingdom’s development funds and banks, and to enhance their financial sustainability to be more achievable of their desired mandated objectives, all in service of the development priorities and economic requirements.” 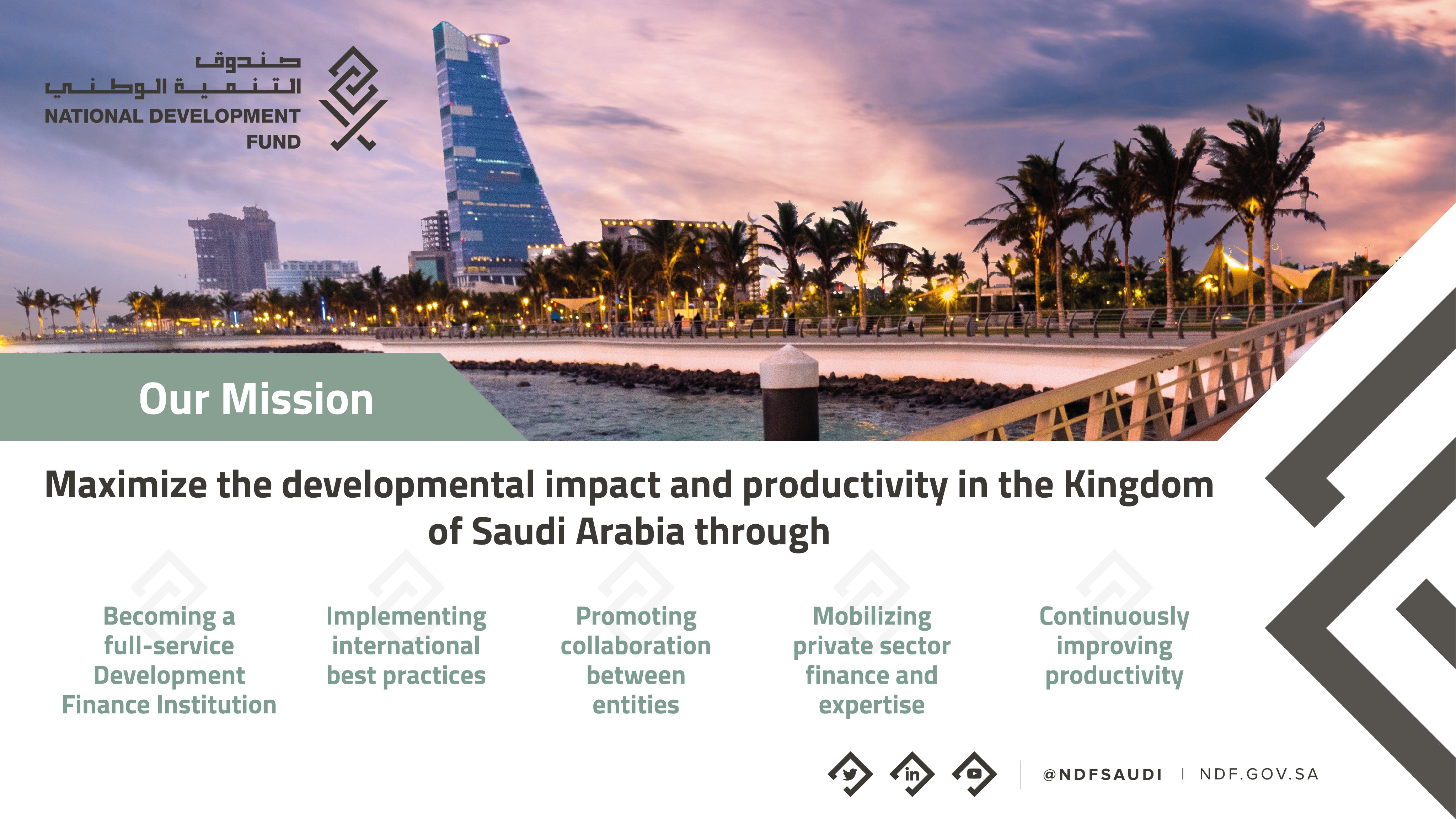 MBS is shifting the NDF’s role into becoming a fully-fledged development finance institution. NDF Governor Stephen Groff said, “NDF and its supervised entities will support the economy with more than SAR45 billion during 2021 across various sectors, including the development of small and medium enterprises, human capital, industrial, agricultural and tourism development, and social support.”

According to the NDF’s latest annual report, NDF is forging institutional co-operation with PIF with planned collaborations between the two. While PIF is focused on equity investments, the NIF will act as a lender to “crowd in private investments in infrastructure projects”, according to the NDF. The new fund will contribute to NDF’s goal of a cumulative contribution to non-oil GDP of SAR156.5 billion (US$41.7 billion) by 2030, compared to SAR22.1 billion (US$5.9 billion) if funds continue operating as usual.

Multi-billion dollar projects are already being overseen by PIF, including an array of gigaprojects in infrastructure and real estate: NEOM, the King Abdullah Financial District, the Qiddiya Entertainment City, New Jeddah Downtown, Al Soudah Development Company, Red Sea Development Company, Roshn Real Estate, Amaala, Rou'a Al Haram, and Rou'a Al Madinah. With NEOM city alone projected to cost US$500 billion, there is a clear need for foreign investment in Vision 2030 – and the NIF could become a cornerstone of ongoing gigaprojects.