AustralianSuper Joins the Private Credit Surge, Tripling its Portfolio by 2026

AustralianSuper is joining the surge in global private credit and tripling its exposure to the sector, which is seeing funds ramp up lending in direct competition with the banking industry.

The Melbourne-based public pension fund is planning to scale up its allocation from over A$5 billion (US$3.7 billion) to A$15 billion (US$11 billion) “in the next few years” under the direction of its newly appointed first head of private credit Nick Ward. AustralianSuper is targeting large loans in excess of A$100 million, with a preference for partnering, in areas where it already has experience.

According to its latest statement, the fund is planning to expand its private credit team, putting boots on the ground to explore opportunities. Within a year, its team will grow from 10 to 16 with the additional personnel deployed to its existing London office and its new office in New York.

Last month, AustralianSuper saw the departure of its first CEO Ian Silk, who is replaced with chief risk officer Paul Schröder. Under Schröder’s leadership, the fund is planning to grow AUM to A$500 billion (US$365 billion at current exchange rates) by 2026 – an ambitious leap of over 120%. The fund’s bid for private markets – including private credit – and high yield will involve expanding its global exposure with Australian assets falling as a proportion of the portfolio.

Silk’s track-record has enabled the antipodean superannuation fund to match and even beat performance seen elsewhere among SWFs and PPFs. The returns on AustralianSuper’s balanced option hit 20.4% in the financial year ending FY2020/21, with a robust 10-year annualized average of 9.7%.

In common with other state-owned investors, Silk brought more investment management in-house and diversified its portfolio. The strategy paid off. Since its creation from the merger of the Australian Retirement Fund and the Superannuation Trust of Australia in 2006, AustralianSuper grew from A$21 billion to A$225 billion (US$169 billion).

The PPF is banking on private credit to maintain the pace. AustralianSuper is joining a growing number of state-owned investors (SOIs) keen to increase exposure to the asset class. The tripling of private credit allocations would raise the asset class from 2.2% of AUM to 3-4% within the next three to five years, putting it closer to the levels of the top SOI allocators. 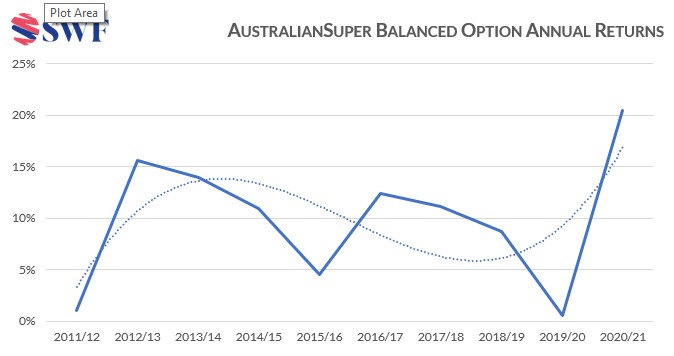 According to Global SWF estimates, the average allocation by the top 10 sovereign investor allocators to private credit is 3.2% with Australia’s Future Fund reserving 4.0% to the asset class while Canadian PPFs allocate an average of 8.6%. If SOIs across the board increased their private credit exposure to an average 3%, based on Global SWF’s forecasts they would allocate a total of US$1.5 trillion to the asset class by the end of the decade.

Private credit is bound to gain popularity. Institutional investors in general have sought to exploit the opportunities provided through stricter bank regulation following the 2008 global financial crisis, which prompted banks to cut the size of their balance sheets. Sovereign investors benefit from lower liability constraints that enable them to take on more liquidity risk than banks. Larger SOIs’ greater risk appetite is driven by their long-term investment horizon, prompting them to expand beyond traditional fixed income portfolios.

Private credit is also a source of stable returns, demonstrating its resilience as an asset class during the darkest days of the pandemic with managers successfully protecting their portfolio values as well as deploying dry powder to add assets. With traditional banks restricting lending, private credit will serve as a crucial source of financing in the economic recovery, particularly for mid-market companies. The evolution and growth of private credit has led to an increasingly professional approach among sovereign investors active in the sector, with rigorous due diligence helping to lower risk.

In Global SWF’s 2021 annual report, we noted that SOIs will not only remain an important source of capital for private credit, but they are also likely to come into their own as direct lenders. So far, SOIs have favored partnerships with GPs or banks due to their added value and to the lack of internal capabilities, origination function and access to deals.

Global SWF believes that SOIs like AustralianSuper will build up their own in-house management as they increase their knowledge and skills base and deepen and broaden their exposure. The evolution of private credit is set to see SOIs play the same pivotal role in the asset class as they do venture capital in the years to come. Opportunities in the growing asset class are diverse with North America and Europe the focus of attention among funds like AustralianSuper. 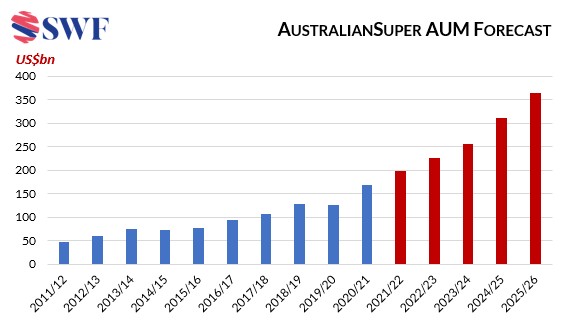