Last week, United States’ largest Sovereign Wealth Fund, the Alaska Permanent Fund Corporation (APFC) released its results for the year ending on June 30, 2021 (FY21) and gave a clue on its strategy to FY25.

The fund returned 29.7%, a record strong performance in its 43 years of life, reaching all-time high assets under management (AuM) of US$ 81.1 billion. The results were particularly strong for public equities, which yielded a 46.9% and the private equity portfolio, which was revalued with a 72.8% growth.

This performance compares to that of other State-Owned Investors closing the fiscal year on June 30, too: CalSTRS (27.2%), CalPERS (21.3%) and AustralianSuper (20.4%). We are yet to hear from Australia’s Future Fund, NZ Super Fund, SBA Florida, and Victoria’s VFMC.

The Juneau-based SWF has seen its bet for private markets paid off and does not want to stop: the recently published strategy up to FY25 sheds a light on its target asset allocation and the weight of private markets, including real assets and private equity, is expected to increase to 40%, up from 15% in FY08.

Private Equity alone is expected to increase to almost a fifth of its portfolio in another four years. The asset class is 61% externally managed and relies on general partners and partnerships such as Capital Constellation, which has put APFC together with Sweden’s AP3, UK’s RPMI Railpen and Kuwait’s PIFSS, under the management of Wafra.

Since 1982, Alaska PFC has been the world’s only SWF to distribute dividends to its citizenry in a consistent manner, spending over US$ 26 billion. In 2020, every single Alaskan resident received a check of US$ 992.

From October 1 on, upon Temasek’s Ho Ching retirement, Alaska PFC will also be the world’s only SWF to be led by a female CEO. 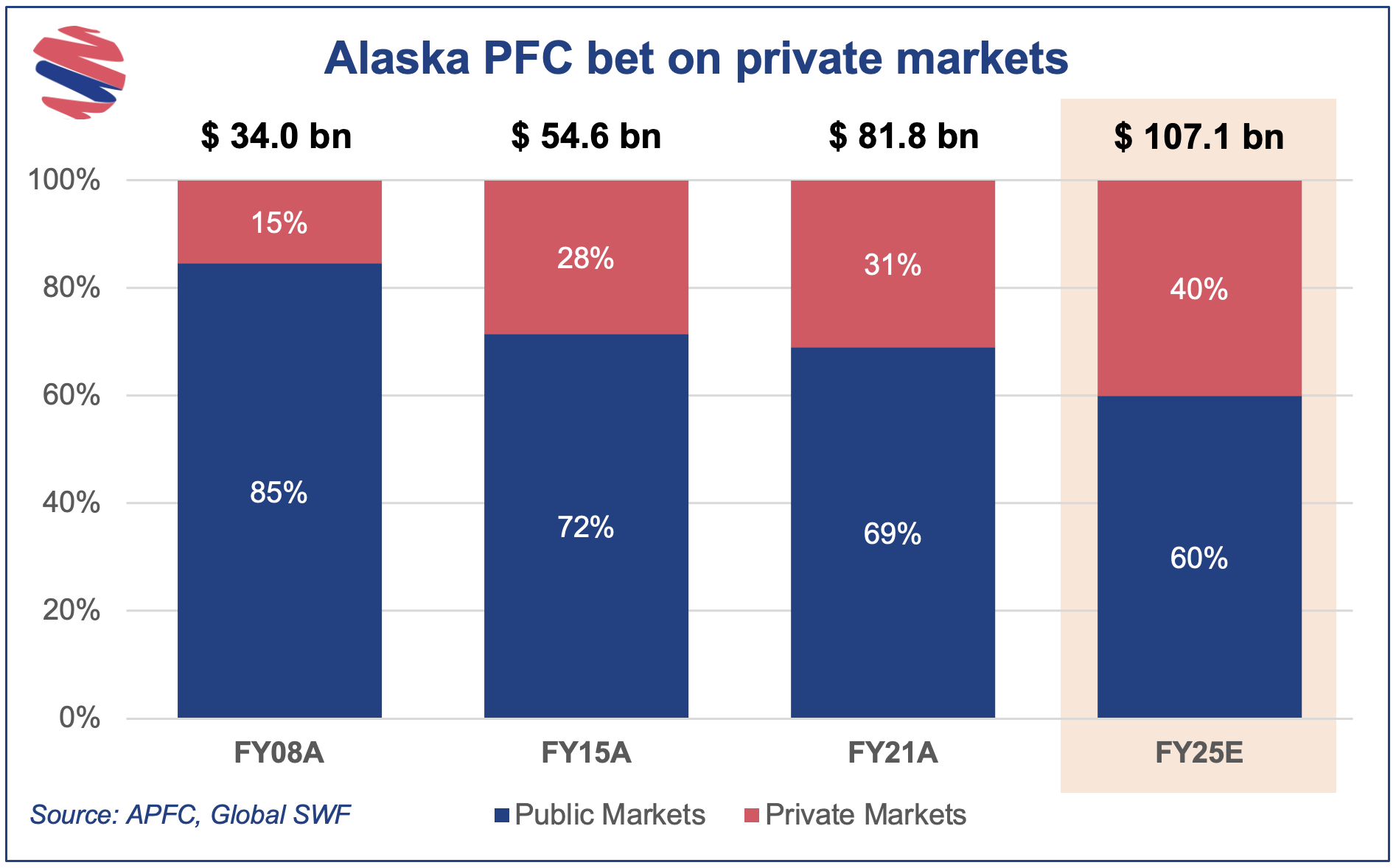