The worst performing asset classes were, not surprisingly, public equities and fixed income, which represent more than half of the portfolio, and lost -14.3% and -10.8%, respectively. Private markets, including real estate, infrastructure, private equity and credit had all returns over 16%, although these are reported on a quarter lag.

The results are very different than those in FY21, when the fund announced its best-ever return at 29.7%. APFC’s performance is actually one of the best among those closing year on June 30, which include AustralianSuper (-2.7%), CalPERS (-6.1%) and NYC Comptroller (-8.7%). NZ Super should confirm its result soon.

The losses in the first two quarters of the year are also lower than those experienced by other funds, including Sweden’s AP1 (-9.4%) and AP4 (-12.6%) and Netherlands’ PFZW (-17.6%). NBIM should report its first-half results in the next week or two, and we expect it to be very significant.

It is still early to issue any definite statement but 2022 may finally be the year in which we see a decline in the size of the industry as measured by its AuM – something that neither the GFC nor Covid-19 managed to do. 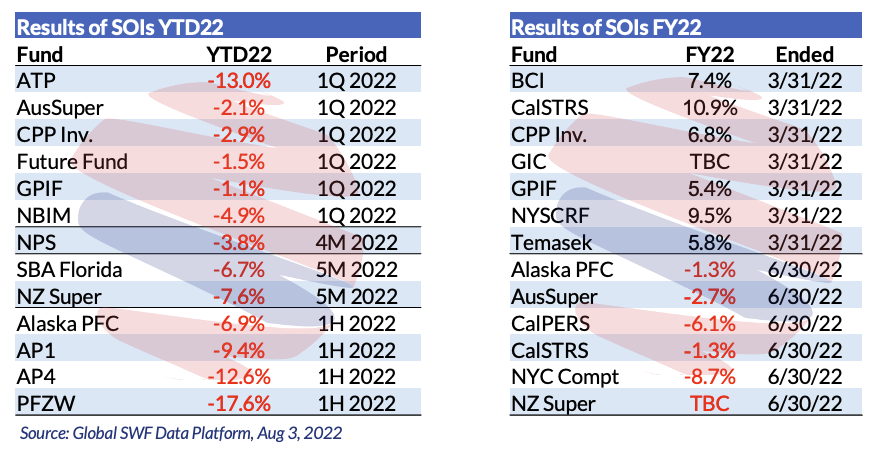