Since the passing of Abu Dhabi and UAE leader Sheikh Khalifa in May, two of the Emirate’s sovereign wealth funds – Mubadala and ADQ – have shown increasing signs of co-operation with this week seeing the Mubadala-backed artificial intelligence firm G42 forming a partnership with ADQ’s venture capital arm the Abu Dhabi Growth Fund to create a US$10 billion fund with a focus on tech investments in emerging markets.

The G42 Expansion Fund will target private equity in late-stage startups involved in disruptive tech, located in high growth regions. The Abu Dhabi-based G42, in which Mubadala has a significant minority stake and which is also backed by US private equity firm Silver Lake, has hired from local sovereign wealth fund teams.

G42 CEO Peng Xiao said, “With the G42 Expansion Fund, we aim to accelerate our global impact not only through the deployment of capital, but also by providing unique access to our networks, management, and operational assets to our portfolio companies.”

The deals involving G42 and Misra highlights the new dynamic within Abu Dhabi and the wider federation of emirates with the Sheikh Tahnoon widely regarded as MBZ’s number one within his close circle. The bond between the two brothers presents potential for an ongoing alliance between Mubadala and ADQ, which possess portfolios worth US$284 billion and US$108 billion respectively, and a blurring of boundaries in terms of their strategic distinctiveness.

ADQ is making a steady transformation from a holding company dominated by domestic infrastructure assets to private equity and venture capital. Global SWF’s database shows that ADQ’s Abu Dhabi Growth Fund has invested more than US$1.4 billion in private equity investments, of which around US$430 million has been invested in the year-to-date.  Geographically, the VC fund has invested around 40% of this amount in US-based startups, 25% in India, 20% in Turkey and the remainder in the UK, Germany and Israel. Much of its emphasis has been on backing e-commerce, but it has also invested in fintech, edtech and agtech.

Meanwhile, Mubadala has directly invested an estimated US$725 million in venture capital, via Mubadala Ventures, in the year-to-date. When we take account of their relative size, both funds are investing in private equity at around the same rate. If anything, ADQ buddying up with the older Mubadala – itself the product of the merger of three smaller, distinctive sovereign wealth funds – in private equity strategies would help turbo-charge its investment nous.

G42 reports that its recent partnerships and investments in key industries include G42 Healthcare’s partnership with Oxford Nanopore Technologies, a UK-based DNA-sequencing specialist; investment in Beyond Limits, a US-based industrial and enterprise-grade artificial intelligence company; partnership with Cerebras Systems, a US-based team of pioneering computer architects, deep learning researchers, and engineers who are building a new class of computer system specifically designed for AI; and FLYR Labs, a US-based company focused on delivering AI-powered revenue management applications for transportation leaders. 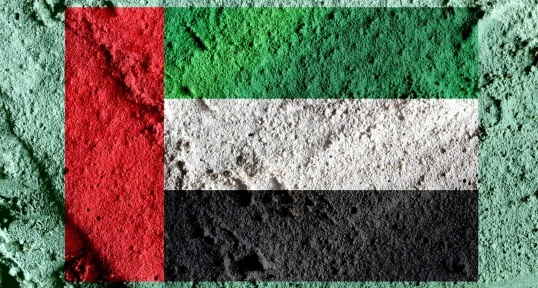