ADG - the latest addition to the SWF capital of the world

Last March, Global SWF issued a special analysis on Abu Dhabi Inc., with a description of the four main SWFs operating out of the emirate today and with the first-ever estimate of ADQ’s assets under management (AuM), at US$ 110 billion. We also discussed the uncanny resemblance of the newest fund with its sister organization Mubadala, and how the new vehicle fitted in the overall macroeconomic goals.

Since then, ADQ has completed 13 investments not only in the UAE, but also in Egypt, India, Switzerland and Turkey. That is still very far from its stablemate Mubadala, who has become the world’s third most active SWF,  with 68 deals in 2021, just behind Temasek and GIC. However, we have started to observe a pattern in terms of the kind of deals and assets they are pursuing.

For a start, ADQ was transferred with a number of energy-related companies, just like Mubadala was. Second, Health seems to be a key focus with the set up of Mubadala Health on the one side, and the build up of an impressive portfolio (Amoun, Acino, PharmEasy) on the other. And lastly, there is an undeniable risk appetite for start-ups on both sides of the equation. Just to make it more obvious, more than 25 people have changed offices from Mamoura to Capital Gate, including the CEO.

Over the weekend, the three-year-old fund closed two new commitments, to invest in Indonesian high-yield instruments and in a San Francisco-based scooter start-up – both of them via a new subsidiary, which has been named Abu Dhabi Growth Fund, or ADG.

This of course does not come as a surprise, having followed the success of Mubadala Capital for the past 10 years. As we told Bloomberg, "having a subsidiary that acts as a GP and is able to raise third-party capital can be very beneficial in terms of complementing the portfolio and investing in a wide range of strategies, from hedge funds to private credit, to early stage VC".

One of ADQ’s three department CIOs (and a former employee of Mubadala , too) has now become the CEO of ADG and moved to a new office (in the same building), and will be working very closely with his previous colleagues to identify global special situations where the investment teams of the mother fund may not be able to convince the risk committees to deploy the capital.

There is no doubt that the investment education and sophistication of Abu Dhabi has boosted significantly in the past few years, and ADQ and ADG will just keep raising the profile of the emirate internationally. The long list of “AD Companies” just got its latest member. 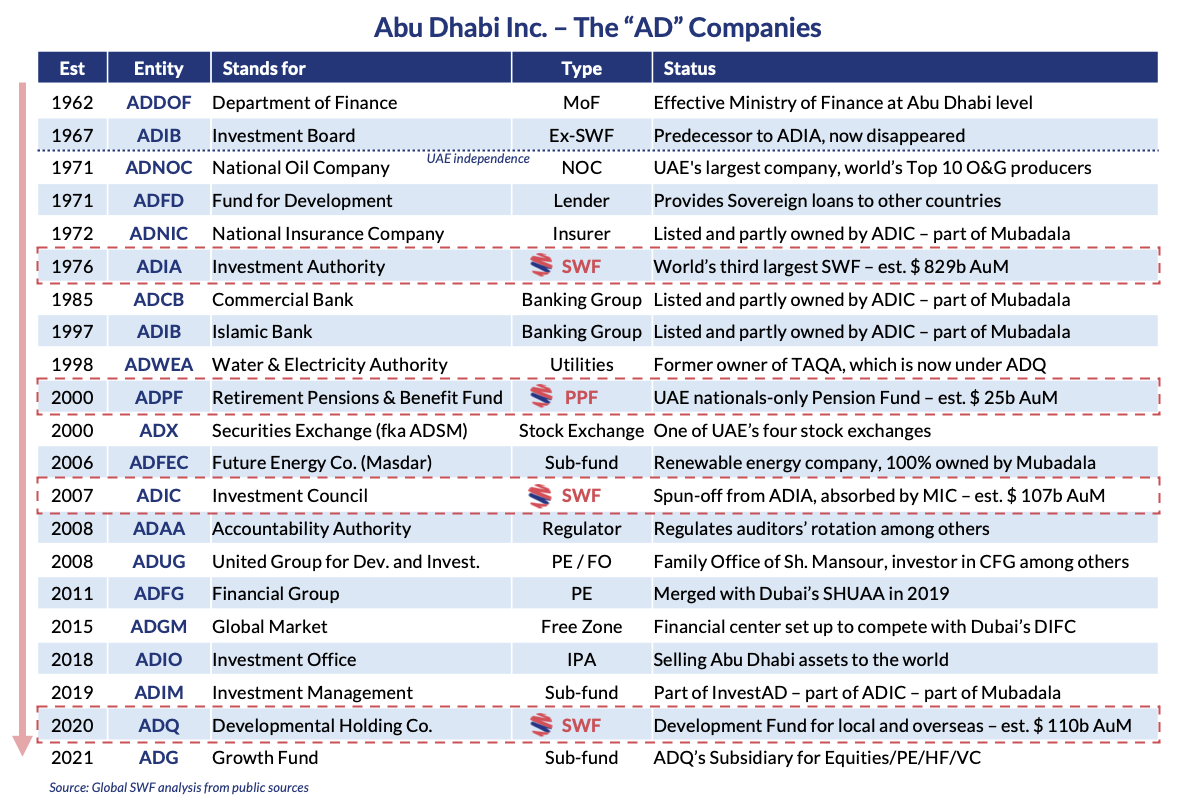