The latest financial results by the US$309 billion Investment Corporation of Dubai (ICD) and the US$503 billion Hong Kong Exchange Fund could not be more different.

ICD reported its best H1 performance with revenues up 61% to AED121.1 billion (US$33 billion), while record profits increased 10-fold to AED14.8 billion (US$4 billion). Results were driven by the performance of domestic assets. The state-owned investor manages the Emirate’s portfolio of commercial companies, which benefitted from growth in transportation due to a rebound in traveller numbers as well as oil and gas as energy prices soared. ICD’s AUM grew 3.3% from end-2021, lifted by strong performance in local stocks, notably its large holdings in Dubai Islamic Bank (up 7.1% over H1) and Emaar Properties (up 6.3%), although Emirates NDB was down 2.6%.

ICD’s managing director Mohammed Ibrahim Al Shaibani said, “ICD’s record revenues, earnings and assets for the first half of 2022 are an impressive achievement as the expansion of our businesses accelerated despite the global economic slowdown. Benefiting from favourable local and regional economic momentum, our companies redeployed operational capacity whilst maintaining a strong discipline on costs. Despite the challenging global economic outlook, ICD maintains a strong balance sheet, is confident of the growth potential of its businesses and will remain cautious and selective in how it deploys new capital whilst exploring new investment opportunities.”

In contrast, HKMA’s investment arm has had a torrid year so far with the Exchange Fund, which manages the foreign exchange reserves, recording an investment loss of HK$265.5 billion (US$34 billion) in the January-September period this year. The third quarter alone reported a loss of HK$100.1 billion (US$12.8 billion), marking its third consecutive quarter of losses and compared with a gain of HK$4 billion (US$512 million) in Q3 2021. During the latest quarter, its holdings in Hong Kong equities slumped to a HK$27.3 billion (US$3.5 billion) loss, while the loss on other equities was HK$19.2 billion (US$2.5 billion) and on bonds was HK$22.8 billion (US$2.9 billion).

The EF’s average annual investment return over 2015-21 was just 4.2%, putting it well behind most of its peers. HKMA is looking to diversify the EF’s portfolio into more strategic private equity investments in the territory itself. The EF largely invests in external assets and includes the Future Fund, the territory’s sovereign fund. It was established by the Chinese Special Autonomous Region (SAR) in 2015 with an allocation of more than HK$200 billion, 60% of which are placed into its long-term growth portfolio (LTGP), which invests in private equity and real estate.

The FY2022/23 budget allocated an extra HK$10 billion (US$1.3 billion) to the Hong Kong Growth Portfolio.  In his budget speech in February, Chan said he would invite the Hong Kong Science and Technology Parks Corporation along with Cyberport to identify tech enterprises "of strategic value to Hong Kong, and investment opportunities conducive to enriching the technology ecosystem". The HK$22.4 billion Growth Portfolio was announced in 2021 and aims at enhancing the FF’s investment returns and consolidating the city’s status as a financial, commercial and innovation center. In a move that emulates the strategic approach of Singapore’s Temasek, the Hong Kong Monetary Authority’s (HKMA) Hong Kong Growth Portfolio is establishing a HK$5 billion (US$637 million) Strategic Tech Fund, Finance Secretary Paul Chan Mo-po told the South China Morning Post.

The Hong Kong SAR government is seeking to turn its back on a turbulent period with efforts to entice investors, including the establishment of a HK$30 billion (US$3.82 billion) a co-investment fund, under a new Hong Kong Investment Corporation (HKIC), announced in October. In his maiden policy address, the new Chief Executive John Lee announced the launch of the new investment firm, which will also manage the Hong Kong Growth Portfolio, the Strategic Tech Fund announced in July and the Greater Bay Area (GBA) Investment Fund under the Future Fund. 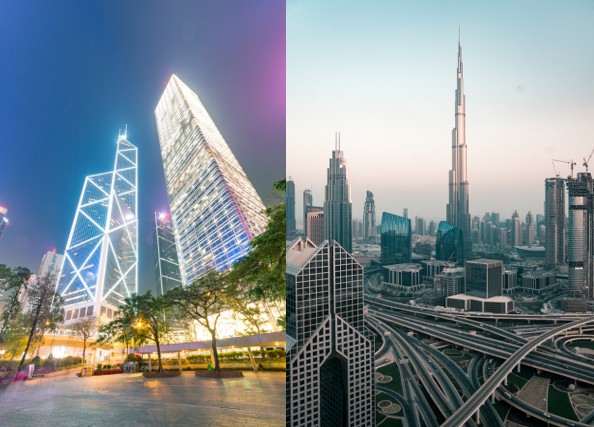